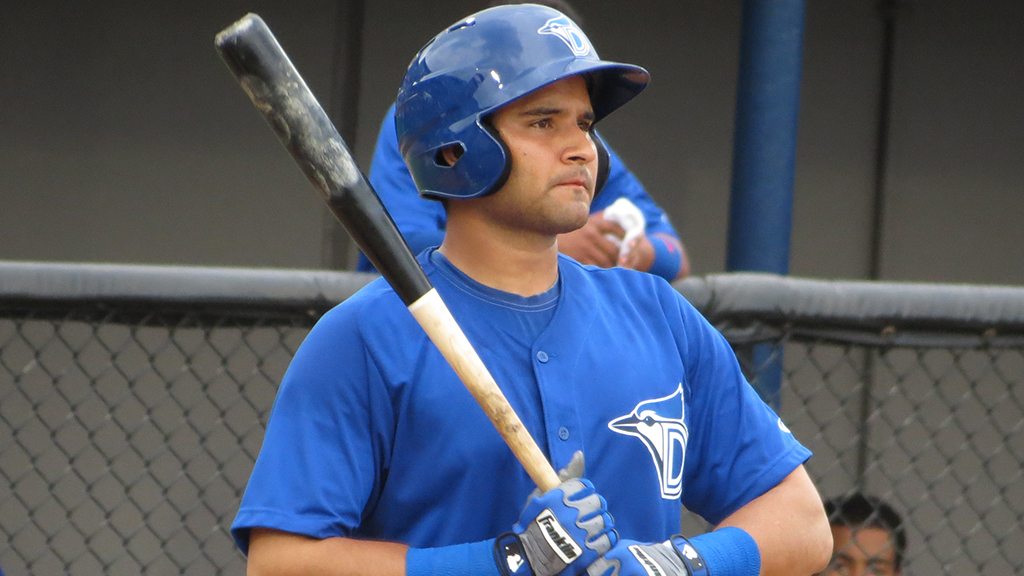 In the minor league phase of the 2015 Rule-V draft the New York Yankees made 3 selections, picking up catcher Santiago Nessy from the Kansas City Royals, Yefrey Ramirez from the Arizona Diamondbacks, and Julian Aybar from the Chicago Cubs.

Nessy, 23, is the best prospect out of the three the Yankees selected in the draft.  Originally he was signed by the Toronto Blue Jays on July 2, 2009 as an International Free Agent.  He played 6 seasons in the Blue Jays organization before being traded to the Kansas City Royals on October 29, 2014 for Liam Hendricks.  The 2015 season was his sole season with the Royals and he split the year between the High-A Wilmington Blue Rocks and the Double-A North West Arkansas Naturals.  Between the two he hit just .220 in 66 games.

Santiago was once considered one of Toronto’s top prospects.  Earning a nod as the 10th best player in the Appalachian League in 2012 by Baseball America as well as being ranked as the 14th best prospect in the Blue Jays organization that year.  In 2013 he was ranked by BA as the 23rd best prospect for Toronto and they noted that his defense regressed after a concussion.  You can read their full scouting report on him here (subscription required).

Ramierez, 22, was originally an infielder but after hitting just .169 in the Dominican Summer League in 2011 the Diamondbacks decided to try him out on the mound.  He has been there ever since, posting a 13-14 record over 221 1/3 innings in 58 games the last 5 years.  He has worked primarily as a starting pitcher with 34 games started over his career.  Last season he pitched for the Rookie-level Missoula Osprey where he earned a 5-5 record with a 5.35 ERA in 69 innings over 14 games.  His best game came on July 16 when he struck out 7 batters in 6 innings.  Yefrey is noted to have a live arm.