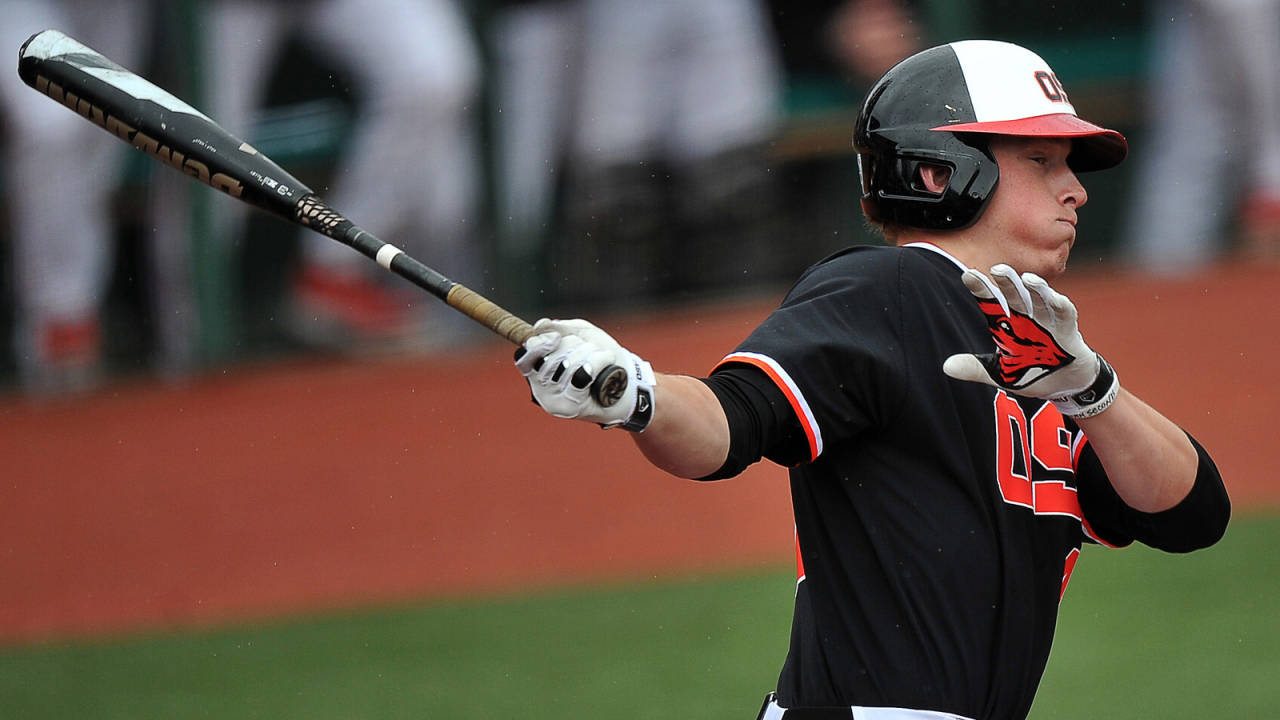 In the fourth round of the 2015 draft the New York Yankees selected outfielder Jeff Hendrix out of Oregon State University.  A left-handed hitter, he has hit .332 over three seasons in college, most recently hitting .324 this past season and was previously drafted last year in the 39th round by the Kansas City Royals.

A solid defensive outfielder that possess above-average speed Jeff is likely going to head to Staten Island to start his professional career, patrolling center field at the Richmond County Bank Ballpark.  He is a left-handed bat that the Yankees like and has had some success already with wood bats, playing 45 games in the Northwoods League last year.  He hit 5 homeruns with collegiate summer league along with 10 doubles and 2 triples.  He could be a threat on the base paths if given the opportunity.   Many have him pegged as potential fourth outfielder in the long-term but could hit enough now to keep him in the lineup.