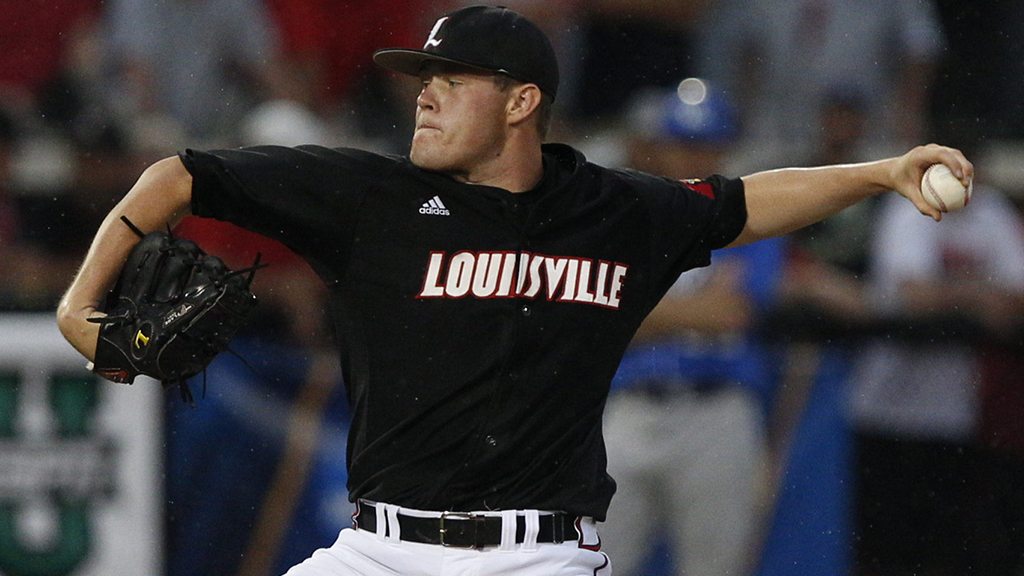 Selected in the 11th round of the 2015 draft, Josh Rogers has impressed in his two college seasons with Louisville.  He has spent the majority of his college career in the rotation starting 25 out of the 30 games he has appeared in, including all 16 appearances this season.  This past year he was 8-1 with a 3.36 ERA, throwing 93.2 innings and striking out 82 batters.  Last year he made five starts for the Bourne Braves of the Cape Cod League where he was 2-1 with a 3.96 ERA over 26 innings and struck out 11.

Rogers made his debut for Louisville 11 months after undergoing Tommy John Surgery during his senior year of High School.  His fastball is in the upper 80s-low 90s and also throws a slider and changeup.  If he signs he will likely head to Pulaski to pitch for the Pulaski Yankees.