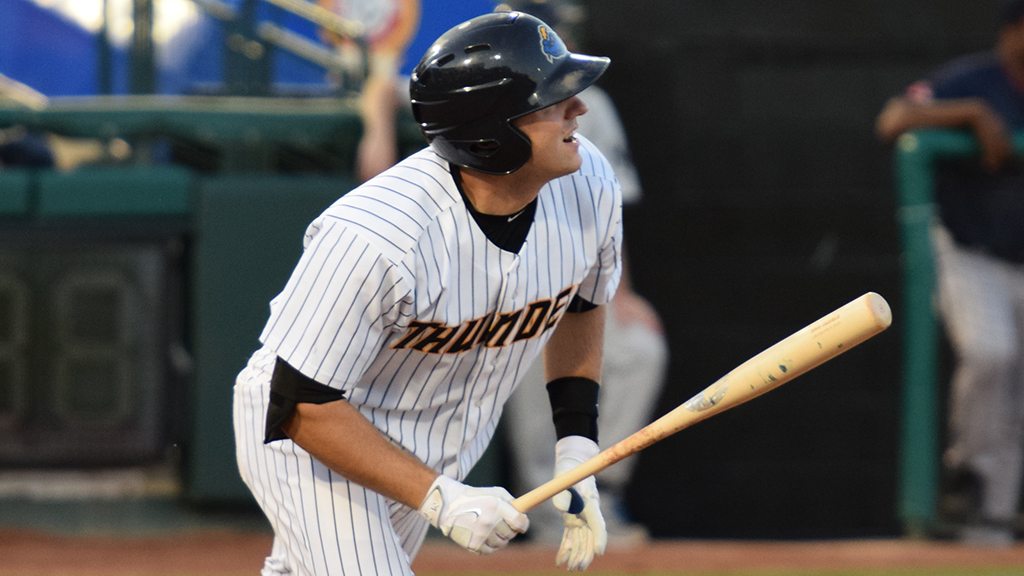 With the new year approaching, the New York Yankees are adding some firepower to their bullpen as they acquire four time All-Star closer Aroldis Chapman for the Cincinnati Reds in a blockbuster move in exchange for prospects Rookie Davis, Eric Jagielo, Tony Renda, and Caleb Cotham according to Jack Curry of the YES Network.

So the Yankees gave up RHPs Caleb Cotham and Rookie Davis and INFs Eric Jagielo and Tony Renda. It seems the price did drop on Chapman.

Chapman, 27, a Cuban defector prior to the 2010 season has saved at least 30 games each of the past four seasons and will create solidify the back-end of the Yankees bullpen with Dellin Betances and Andrew Miller. Chapman was nearly traded earlier this month to the Los Angeles Dodgers but domestic violence allegations against him nixed the deal before it was consummated.

Davis, 22, a 14th round selection in the 2011 draft out of the Dixon High School in North Carolina made a meteoric rise through the Yankees system in 2015, ranking 6th overall on the most recent organizational prospect rankings according to Baseball America. In 24 starts between Single-A Tampa and Double-A Trenton, Davis went 8-7 with 129 strikeouts and just 26 walks in 130.2 innings pitched between both levels.

Jagielo, 23, the most recognized prospect in the blockbuster swap, was the Yankees first position player selected in the 2013 draft and their first since John-Ford Griffin in 2011. A third baseman by trade, Jagielo suffered a myriad of season ending injuries which limited his mobility and prospect ceiling. In limited action in Trenton, Jagielo hit .284/.347/.495 with nine home runs and was named an Eastern League All-Star before undergoing arthroscopic surgery on his knee. With former Reds third baseman Todd Frazier headed to the Chicago White Sox, Jagielo has a chance to become the club’s third baseman of the future and realize his promise in a change of scenery.

Renda, 24, a former second round pick acquired from the Washington Nationals in the David Carpenter trade last summer batted .269/.330/.358 between Double-A Harrisburg and Trenton, driving in 33 runs and stealing 23 bases. Renda provides insurance for the Reds at second in the event the club deals former All-Star second baseman Brandon Phillips.