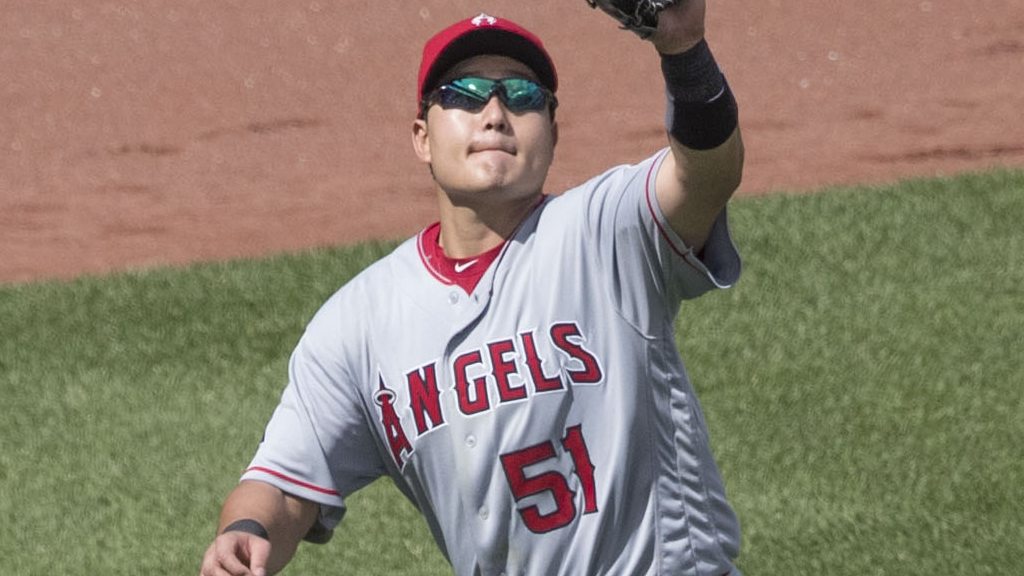 Per the Yonhap News Agency, the New York Yankees have signed free agent Ji-Man Choi. The minor league deal will pay the 25-year old a base salary of $700,000 if he is in the Majors, with incentives that could bring the total value of the package to $1.1 Million. The signing includes an invitation to sprang training.

Choi elected to become a free agent last week after the Los Angeles Angels designated him for assignment to make room on their 40-man roster following the signing of Ben Revere.

The South Korean native began his career in the Seattle Mariners’ minor league system in 2010, where he remained through the 2015 season. After the season, he signed a deal with the Baltimore Orioles, but two weeks later he was selected by the Angels in the Rule 5 Draft.

In 2016, he made his Major League debut with the Angels, where he struggled, batting only .170/.271/.339. He claims that Manager Mike Scioscia’s rookie schedule altered his routine, which affected his play on the field.

As a Rule 5 pick, before he could be sent to the minors, he had to be offered back to the Orioles, who refused him. The Angels returned him to AAA Salt Lake of the Pacific Coast League. During his fourth season in that league, he bounced back nicely, hitting .346/.434/.527.

Choi sat out the 2011 season with a back injury. He also missed a significant portion of the 2014 season after he was suspended for 50 games for violating Major League Baseball’s Joint Drug Prevention And Treatment Program after testing positive for methandienone.

With the signing of Choi, the Yankees are providing extra options should the combination of Greg Bird and Tyler Austin struggle at the Major League level or have some physical setbacks.