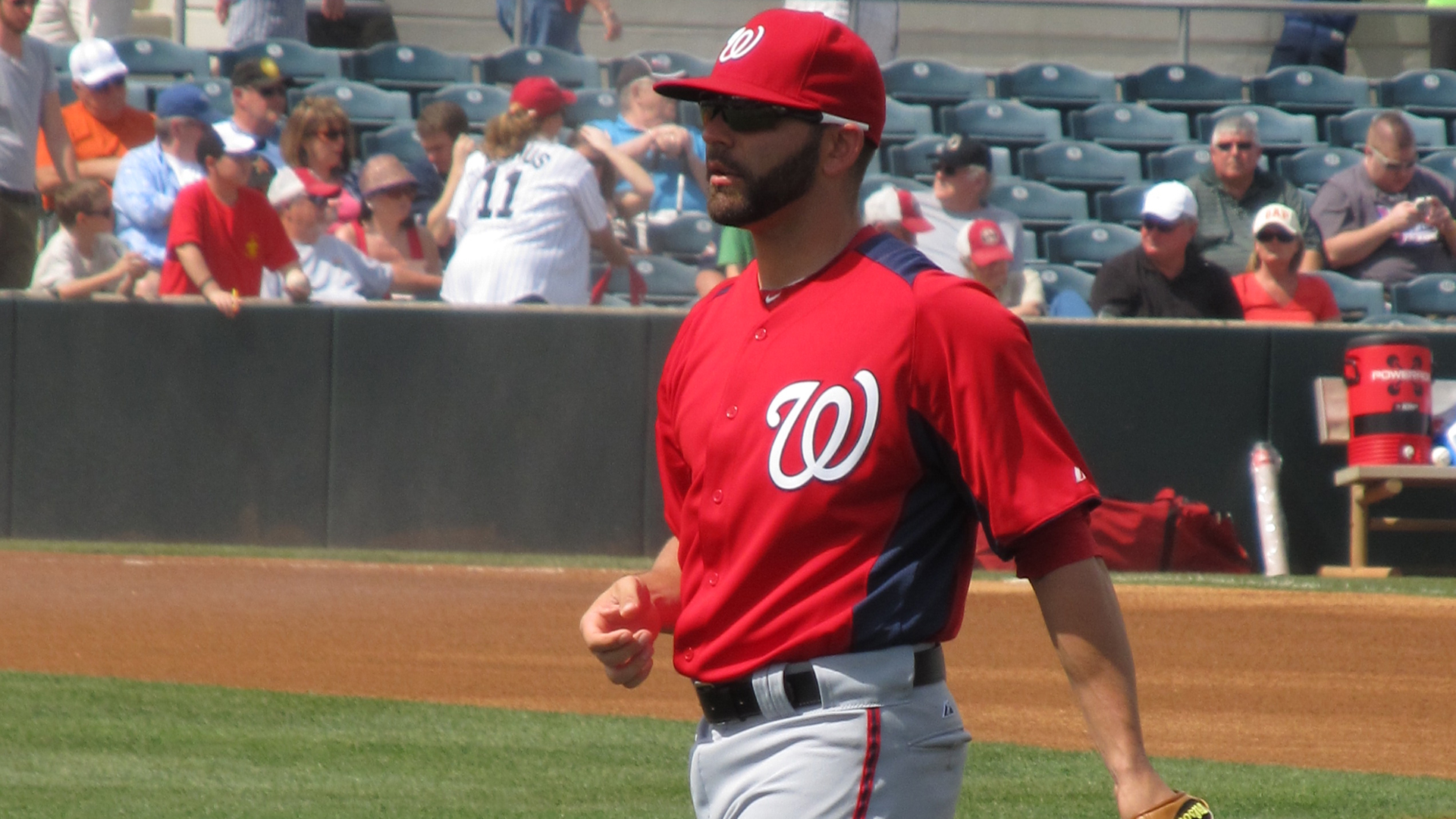 With the New York Yankees looking for help at second or third base this offseason, they may have found a player that can help fill one of those spots until Gleyber Torres and Miguel Andujar are ready. According to Mark Feinsand of MLB.com, the Yanks have signed Danny Espinosa to a minor league deal with an invitation to spring training next month:

According to a source, Danny Espinosa has agreed to a deal with the Yankees and will be a non-roster invitee at camp. He will compete for the second base job this spring.

Espinosa has been in the big leagues for eight years with the bulk of his playing career coming in a Washington Nationals uniform. The Nats were the team that drafted him in the Third Round back in 2008. In those eight years, he has a split of .221/.297/.378 with 98 home runs and 316 RBI’s.

Last season, Espinosa only played in 93 major league games with the Los Angeles Angels of Anaheim, Seattle Mariners, and Tampa Bay Rays. He had a small batting average of .173 to go with six home runs and 31 RBI’s.

Throughout his career, the switch-hitting 30-year-old infielder has been known for his power. With the Nationals, he had two seasons in which he hit 20 or more home runs, including a career-high 24 in 2016. The power can help with a short porch in right at Yankee Stadium, but he doesn’t do much in the other areas at the plate.

In his career, Espinosa has never had a higher on-base percentage than .323 (2011) and he has three seasons in which he has struck out 150 or more times (career-high 189 in 2012). So, he is one of those players that is more likely to either hit a home run or strikeout.

When you take a look at this signing, Espinosa will get the chance to be a major league starter, but at the very least, the Yankees now have two possible infield options at second base in camp with Espinosa and former Brave Jace Peterson.

Espinosa can also provide defensive versatility for the Yankees with his ability to play shortstop, second base, and third base. He can especially help at third base because New York doesn’t have much organizational depth at the upper levels at third besides Andujar.

All in all, this isn’t a bad signing by the New York Yankees because it is a minor league deal. Since strikeouts are not as frowned upon as in years past, Espinosa’s power-hitting ability could give him an edge as a utility player over Ronald Torreyes or he could be a veteran presence for Torres. For the Yanks, it’s worth a shot.