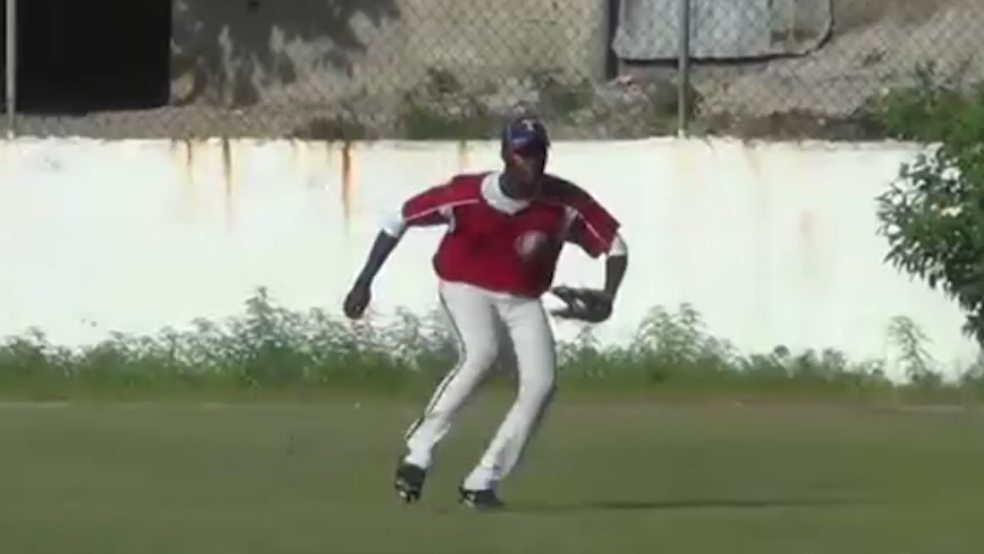 With that signing the Yankees have signed ten out of the top thirty players available during this year’s signing period. With the big spending spree they had this season the Yankees will be paying a 100% overage tax on the signing.

According to Baseball America:

“Emery is 6-foot-3, 190 pounds with a loose swing from the left side. He had been switch-hitting, though he’s hit exclusively lefthanded in recent months. He’s strong and generates easy, explosive power, though leading up to July 2, there were mixed reviews about his game hitting, partly because of his environment. Emery trained with Ivan Noboa, the same trainer who brokered an international amateur record $4.95 million bonus for Dominican outfielder Nomar Mazara with the Rangers in 2011, and scouts frequently lament that they can’t get enough game looks at Noboa’s players. Some scouts who have seen him recently have seen better game performance, with a simplified hitting approach and a cleaner setup that helped him stay more direct to the ball. Emery’s athletic for his size, has a strong arm and has worked out for clubs in the infield and the outfield, but he fits best in right field, where he will begin his career.”

The Yankees have a good mix of college-level players who should move quickly through the system and young high-ceiling players that makes for a more balanced system. With their big splash in the international free agent market this season the Yankees are poised to continue the trend started last season.