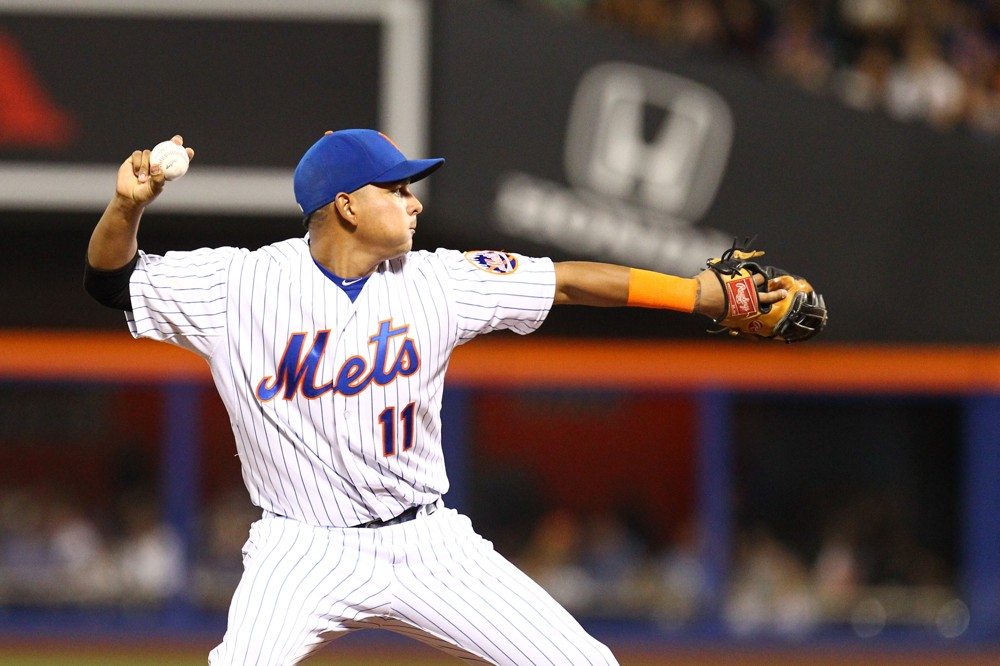 The New York Yankees have agreed to a minor league contract with Ruben Tejada and invited him to Spring Training.  His agent, Peter Greenberg, confirmed to ESPN’s Jerry Crasnick that the deal was completed after news surfaced last week that the Yankees were interested in the former New York Met.

Tejada joins the Yankees after spending the 2016 season with the St. Louis Cardinals and San Francisco Giants organizations.  He appeared in just 36 major league games in 2016 with those two clubs, hitting just .167 in 66 at bats.  In the minors, he hit .303 in 43 games between Double-A and Triple-A.  Tejada will fill in a similar role to Donovan Solano, a veteran presence in Triple-A with major league experience that could fill in on a short-term basis if needed.

In his career Tejada hit .252 in 616 major league games, the majority of which came with the New York Mets.  In 2015 he suffered a broken leg in the National League Division Series after Chase Utley slid into him at second base to break up a double play.

The bigger question is what does this signing mean for Yankees shortstop prospect Tyler Wade.  Wade, 22, hit .259 in his first taste of Double-A in 2016 and with fellow middle infielders, Jorge Mateo, Gleyber Torres, Abiatal Avelino, etc. on their way up it would make sense he would be penciled in as the everyday shortstop for the RailRiders in 2017.  However, this off-season the Yankees had Wade work out in the outfield, playing 16 games between the three outfield positions and this signing could mean Wade or even Jorge Mateo will be seeing more time in the outfield in 2017.