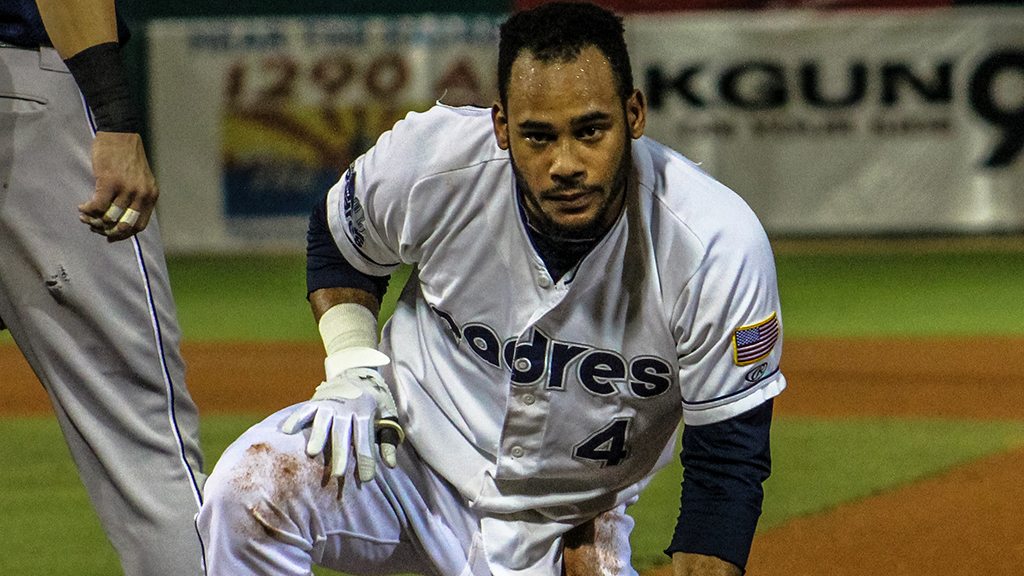 Jonathan Galvez with the Tuscan Padres in 2013

The New York Yankees continued their off-season acquisitions with the signing of minor league free agent Jonathan Galvez. Galvez is just 23 years old and spent the last eight seasons in the San Diego Padres organization after signing as an international free agent.

The young right-handed hitter owns a combined .280 batting average with 144 doubles, 17 triples, 54 homeruns and 331 RBIs. Once ranked as the #18th best prospect in the Arizona Summer League in 2009, Galvez’s development has been derailed due to several injuries. He spent the majority of his time as an infielder but plays some outfield as well.

This is a solid signing for the Yankees. Galvez is young still and spent the last two seasons in the Pacific Coast League with the Tuscan Padres and El Paso Chihuahuas where he hit .279 in 753 at bats. His versatility is a strong benefit for the bombers. He will more than likely head to Scranton/Wilkes-Barre and fill in where they need him.