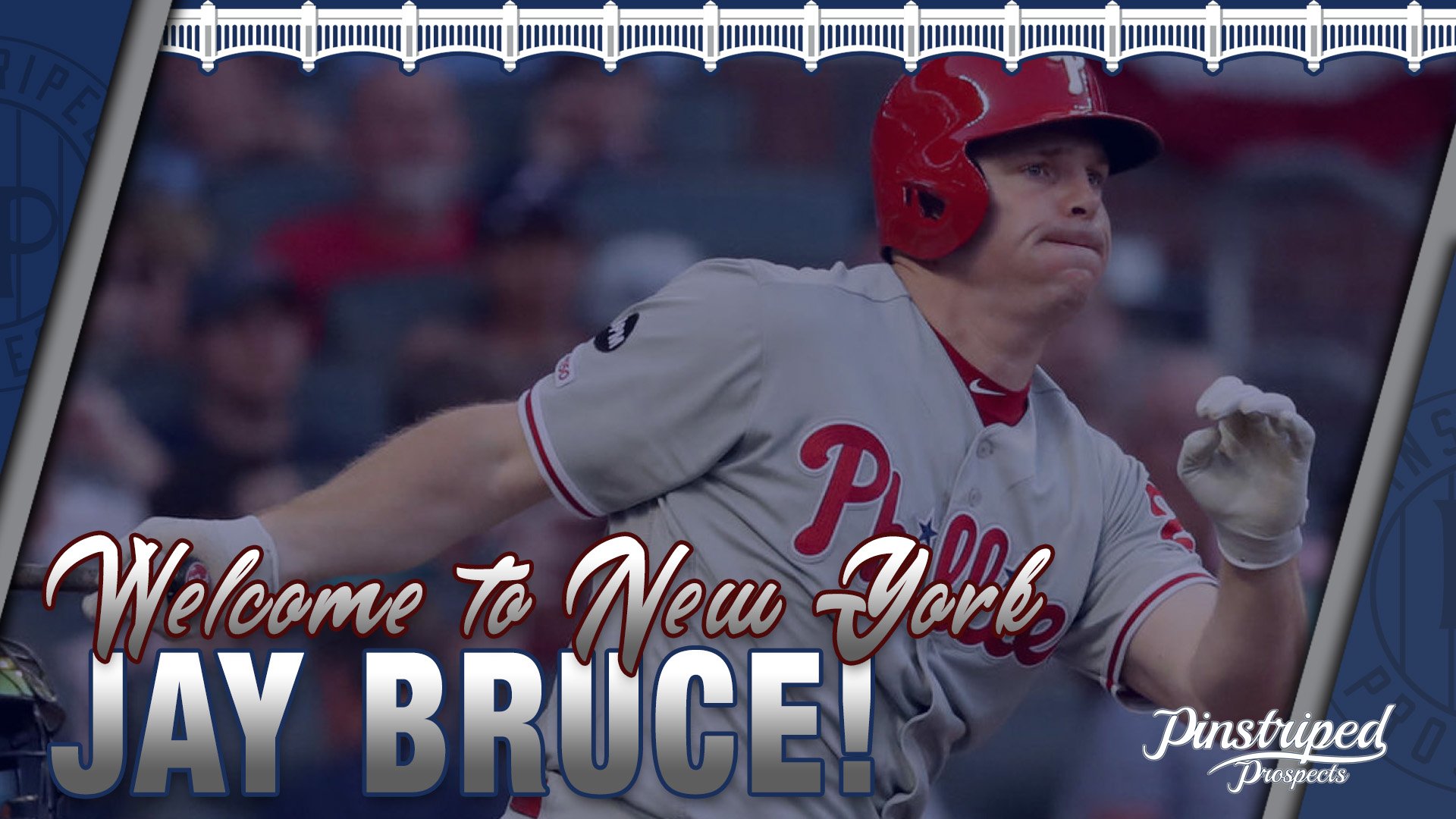 The Yankees on Friday agreed to a Minor League contract with free agent outfielder Jay Bruce.

Bruce was drafted by the Cincinnati Reds in the first round of the 2005 MLB Draft out of West Brook High School in Beaumont, TX. He has since spent time with the Reds, Mets, Indians, Mariners, and most recently the Phillies from 2019-2020. He made his MLB Debut on May 27, 2008.

Bruce will bring more veteran knowledge to the Yankees organization in hopes to make the Major League club and have a positive influence on the young players in the club.