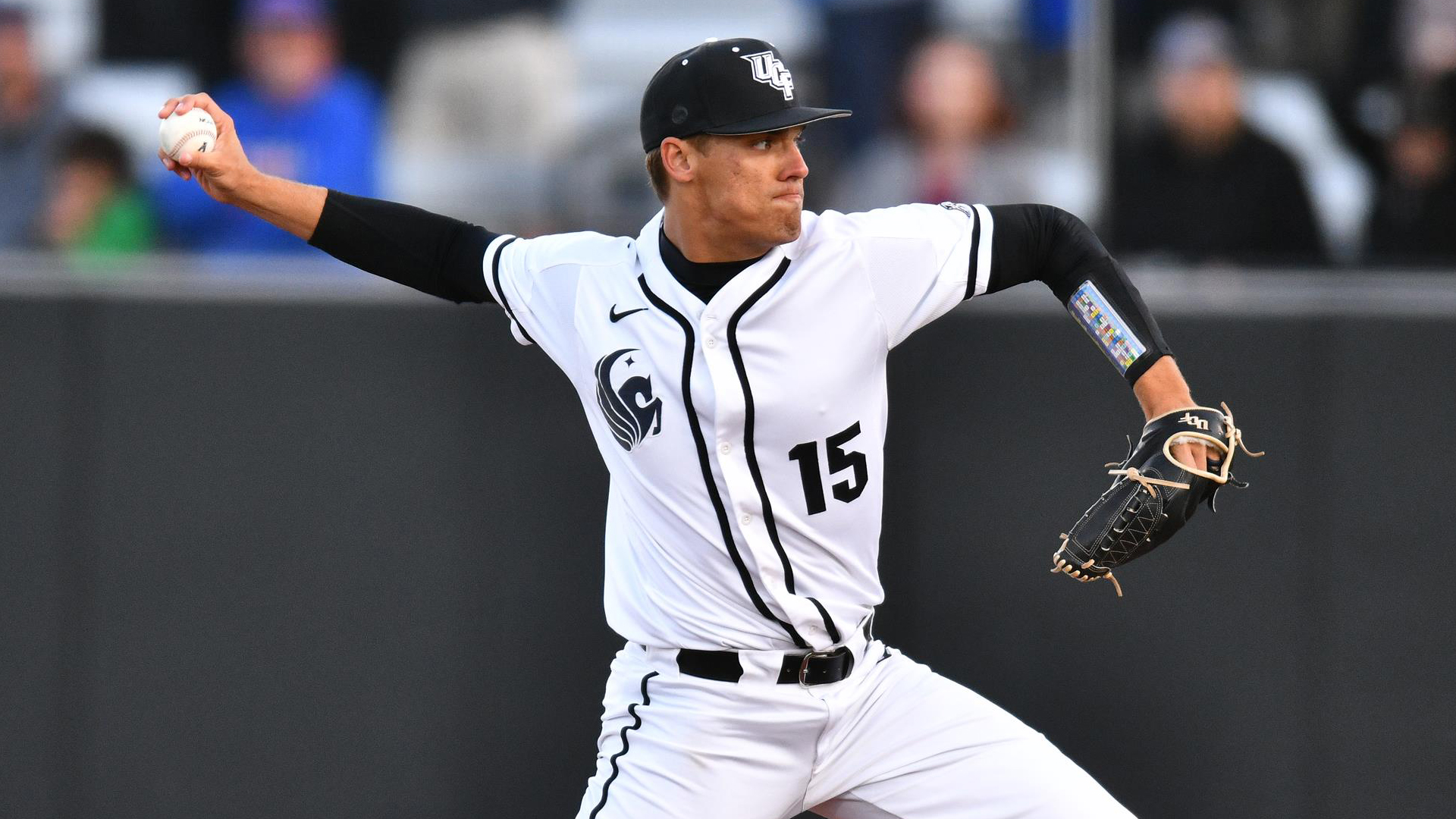 Sunday morning marked the beginning of the period in which MLB teams can sign undrafted free agents for a maximum of $20,000 to fill out their organizations. The New York Yankees made their second signing of the day with right-hander Trevor Holloway from the University of Central Florida:

Holloway didn’t arrive at UCF until his Junior Year, after playing his Freshman season at High Point and his sophomore season at Chipola College. In his Freshman year he started in 13 games and went 3-6 with a 4.92 ERA in 60.1 IP, allowing 62 H, 39 R, 33 ER, 34 BB,  and recording 45 strikeouts.

In his Sophomore season, at Chipola College, he started in 13 games recording a 3.36 ERA and 93 strikeouts in 75 innings pitched while helping them win the 2018 National Junior College Athletic Association World Series. Holloway then arrived at UCF as a Junior and made six starts with the Knights and did not allow a run in his first 12 innings pitched. However, on March 24th, 2019 Holloway suffered a season ending bicep injury.

Holloway’s 2020 season was looking good before the shutdown, an encouraging sign given his injury history. In 22.2 innings pitched he struck out 37 hitters and recorded a 1.19 ERA while walking just six over four starts. Aside from Holloway’s playing history and statistics, though, he appears to have a willingness to get better using data-informed training and coaching. In fact, his move to UCF was in part due to their willingness to use data to enhance player performance.

On his move to UCF Holloway said in an interview with nicholsonstudentmedia, ” It was the best place for me to go and I firmly believe that, the way that the coaches run the program, what they do with stats and how they develop players, I knew that I could be a much better pitcher than I was last year here, and make a big impact here as well.”

Coupling this drive to always improve with a strong work ethic is what separates Holloway from other pitchers. Holloway said about himself, “I think I bring a competitive nature, I want to go in and work hard to do it. Making sure that you’re prepared to go out and win and doing the work throughout the week to make sure you’re in the best possible position to win. I hope that rubs off on my teammates.”

I think what the Yankees see in Holloway is a pitcher that is willing to work with the front office in any capacity to get better. He has good off-speed pitches in his slider and curveball with a 90-93 MPH fastball and thus has, in part, a strong foundation to work with on the mound. I think many teams seek out players that are willing to buy into analytics-driven player development, and that is exactly the bill that Holloway fits.

His past arm injuries are a tad concerning, but theres a reason he is a NDFA. The Yankees are trying to extract value from areas where it may not be obvious, and starting with a guy that has bought into the new-age is what can make that extraction much easier.

Advertisement. Scroll to continue reading.
In this article:Featured, Trevor Halloway