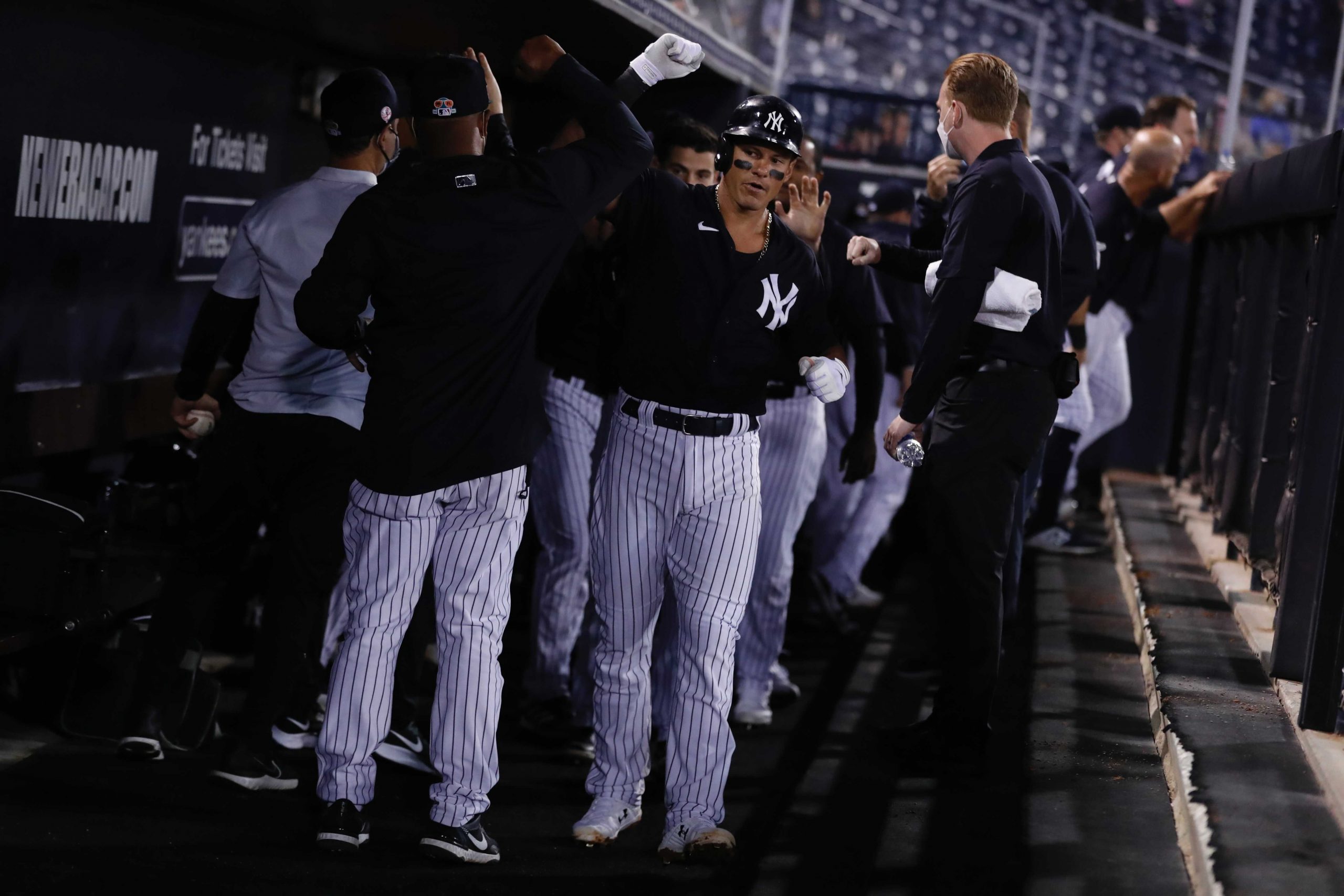 In the early portion of spring training, the New York Yankees have found a way to hit the long ball and in bunches. The Bronx Bombers have hit 7 home runs in their first four games and that included three on Wednesday night in a 4-1 victory over the Toronto Blue Jays in Tampa.

On the pitching side, Corey Kluber put on a good performance in his Yankees spring debut although the game wasn’t televised or available to listen to on the radio. Nevertheless, he put on a good show for the limited crowd down in Tampa.

The day began with startling news in the afternoon that Yankees manager Aaron Boone needed surgery to get a pacemaker. He had surgery on Wednesday night and according to the Yankees, he is resting at St. Joseph’s Hospital in Tampa, Florida. Carlos Mendoza, the Yankees’ bench coach, is currently the manager:

As previously planned, Manager Aaron Boone will spend the night at St. Joseph's Hospital to rest and recover. He is currently in good spirits.

Before the Yankees begin their fifth spring training game of the season on Thursday in Clearwater against the Philadelphia Phillies, let’s give you our takeaways from Wednesday night’s ball game:

Kluber Under No Stress In Debut

This spring, it has been an early habit for Yankees starters to have a little bit of trouble in their opening inning. For Kluber on Wednesday, that was not the case. In his first inning, he threw 7 of his 9 pitches for strikes and struck out Rowdy Tellez looking a sinker down and away to end the 1st.

One inning later, Kluber picked up right where he left off. He used another sinker to strike out Danny Jansen swinging and then got Josh Palacios to chase a curveball to end the inning. All in all, 17 of Kluber’s 22 pitches were strikes. By the way, shoutout to Max Goodman of Sports Illustrated for some excellent video of tonight’s game, including this strikeout by Kluber.

Strikes out Palacios to end the second inning. This pitch was absolutely filthy.

While this was Kluber’s official debut in pinstripes, the right-hander was able to do something he had not done in a while and that was have a start in which he threw more than one inning. He talked about it with the media after his start:

Gary Sanchez did not need to have a great spring to make the team or establish his starting spot behind the plate. With that being said, it never hurts to have that happen. After being robbed of a base hit in his first at-bat, Sanchez stepped up in the bottom of the fifth and delivered the game-tying home run:

Gary Sánchez goes oppo for his second home run of the spring 👀 pic.twitter.com/iTl9H7YAsW

One of the things that has stood out about Sanchez this spring has been his ability to take pitches and get into favorable counts. On Wednesday, he did just that by taking a 2-1 fastball from Nick Allgeyer the opposite way. Here is what Carlos Mendoza had to say about Sanchez after the game:

Carlos Mendoza on Gary Sánchez: "I know it's early … behind the scenes he's been working really hard … It's good to see him getting up to good fastballs and putting good swings on it."

As long as Sanchez can get into favorable counts and take advantage of when he gets mistake pitches right in his hitting zone, it can be a very good year for the Yankees catcher.

Wednesday night was a good night for the non-roster invitees in spring training. It started with Jay Bruce. Bruce got the start at first base and went 2-for-2. He had a single to lead off the third for the Yankees’ first hit and a double in the fifth after the Sanchez home run.

If Bruce continues to show good signs at the plate to go with the good defense he has played both at first base and left field, he has somewhat of a shot to make the roster.

Bruce’s double was followed up by a two-run home run by Derek Dietrich, who was getting the start at third base. Dietrich got a 0-1 curveball over the heart of the plate and was able to do damage it with a two-run home run to right. In this game, Dietrich showed off his power and his versatility defensively, which is never a bad sign.

Then, in the bottom of the seventh, Robinson Chirinos made it a trifecta of good performances with a leadoff home run to left center. As a non-roster invitee, you have to do a lot to impress in camp to make a roster. Well, these three at least only helped their cause rather than hurt it.

So far this spring, the Yankees have not used any of their late-inning relievers yet. However, Jonathan Loaisiga did get a chance to make his first appearance of the spring. He came in to pitch the top of the sixth. While the fastball did get up to 96 miles-per-hour, Loaisiga still was unable to put hitters away easily.

To be fair, Loaisiga did have a 1-2-3 inning and struck out two hitters in the process. He struck out Jordan Groshans looking at a curveball and got Chris Bec swinging at a changeup. With that being said, it took 19 pitches to finish the inning. Last year, he was averaging 17.1 pitches per inning (down from 18.7 in 2019).

It was a good sign for Loaisiga to throw a 1-2-3 inning, but it is a small thing to monitor as Aaron Boone will be putting him in more high-leverage situations during a longer sample size in 2021.