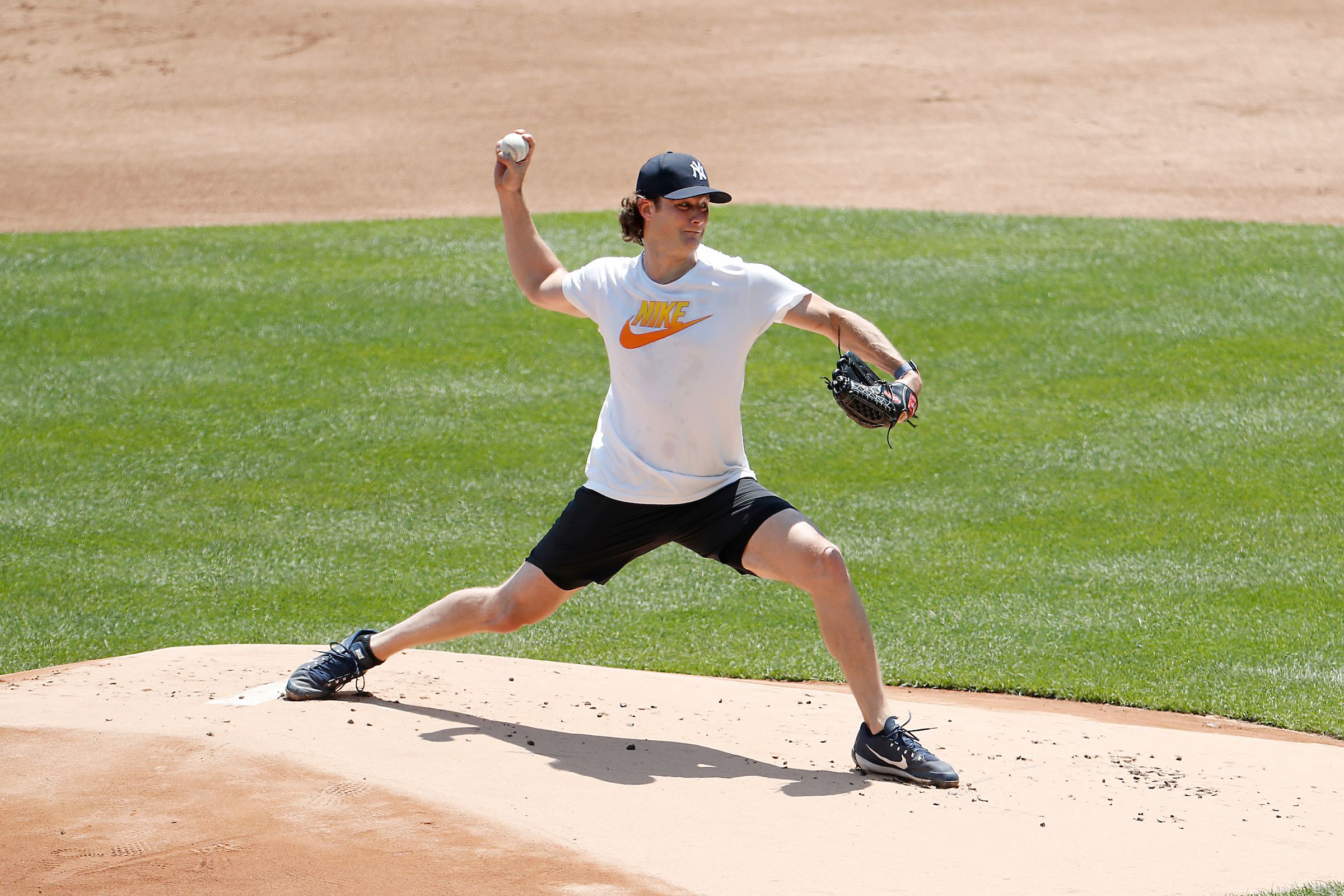 As players begin to pass through the initial health screenings entering into Summer Camp, they are beginning to work out and begin their training camp process. Yankees pitching coach, Matt Blake met with the media Thursday afternoon to discuss the pitchers. During his press conference, he discussed the process of building pitchers up and a little on how the Yankees are approaching each pitcher based on where they are at coming into “summer camp.”

Coming into Summer Camp, the first five days of pitchers working out is being used as the “discovery” phase for the Yankees. It’s a chance for Blake, Boone, and the coaching staff to see where their pitchers are at coming into camp. Coming off of Spring Training in March before COVID-19 forced the shutdown, many of the pitchers were at a place of being game-ready, according to Blake. Throughout the quarantine, the Yankees have continued to communicate and evaluate their pitchers. Using radars, Rapsodo, and other methods available to the players and coaching staff, the Yankees knew how their players, including pitchers, were training over the break, including their consistency. Blake stated the first seven days will be a critical window for the pitchers as they begin to re-build-up and work their way to being game-ready on July 23rd.

Masahiro Tanaka was one of the pitchers that was the hardest to communicate with, as he was in Japan during the shutdown. “He was at the ballpark today and began playing catch on the field,” mentioned Blake. “He will work out and begin his five-day process beginning Saturday.” Saturday is also when full squad training is set to begin. 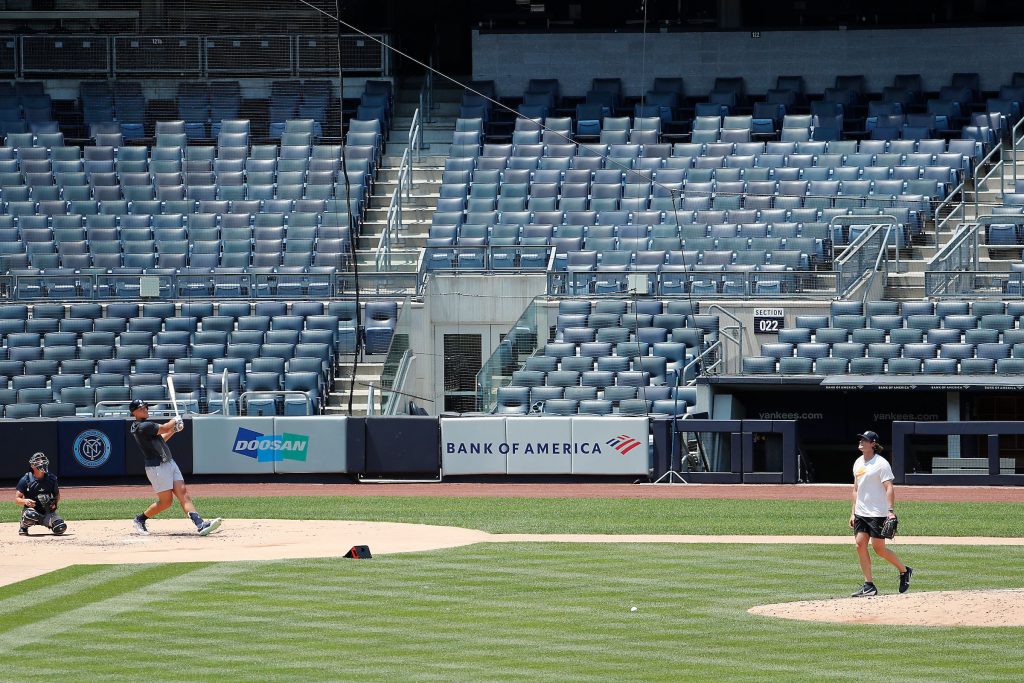 While Tanaka played catch on the field today, the name everyone is focused on leading up to the day, Gerrit Cole, was also at the ballpark today.

“He looked really good today,” stated Blake. “He’s moving right along with his progressions,” Blake explained that it doesn’t take fans in the stands to get him amped as he is already hitting speeds of 95 to 99 mph and reaching game-ready velocity. Cole, a critic of himself, is still fine-tuning his pitching coming into camp and will work now on sustaining his speed and velocity over long pitch counts. However, Blake mentioned that he is building a very nice baseline.

Another pitcher seen at the ballpark today was James Paxton, who Blake described as being one of the most built-up coming into camp.

Blake was asked during the press conference about the health of the pitching staff. He confirmed that all of the Yankees pitchers on the active roster are healthy coming into camp and that the Yankees will have contingency plans in place with all of the unknown and uncertainties facing baseball this season. Blake mentioned the depth of the pitching staff is an advantage to the Yankees coming into the 2020 season as the upper-level depth will provide flexibility to the organization, especially with players only expected to start at four to six innings spurts opening week. The Yankees have depth in the bullpen. With the season begin a 60-game sprint, it gives teams the flexibility to use more guys each game and hold starters to set pitch counts early in the season and not push them too far too early. Blake likes the volume of arms the Yankees have on the 60-player pool and is confident in his pitchers’ abilities. 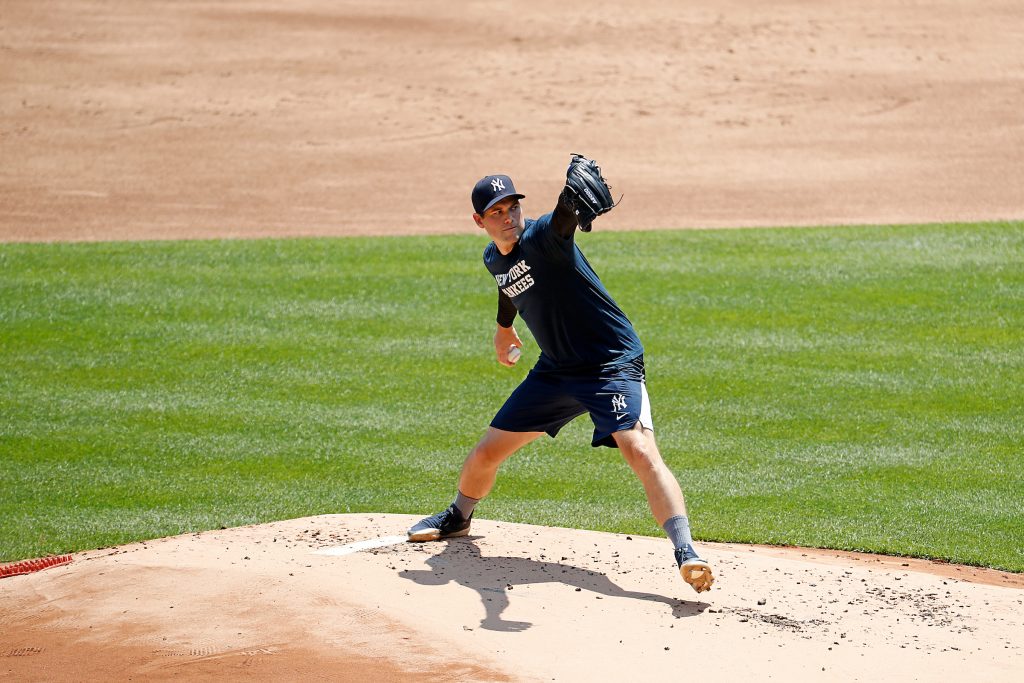 It has not been determined yet if the Yankees will indeed go with the five-man rotation. However, Blake stated that will be the starting baseline, but options such as a bullpen day are also on the table. With the season only being 60 games, Blake said there is no room to let a pitcher or the teamwork through difficult game situations and that with flexibility and depth, Boone will be able to pull a quick trigger and utilize many different situational and game approaches throughout the season. The Yankees expect to possibly have around 15 to 18 pitchers on the 30-man roster July 23rd.

This season will be about working through things that no team has had to deal with. As such, while team preparation is usually kept private throughout baseball, Blake mentioned that throughout the quarantine and now approaching camp, he has had contact with pitching coaches from the Rangers, Brewers, Indians, Cincinnati, and the Twins. Blake said coaches are trying to give everyone the best chance to stay healthy. They’ve discussed the approach to bullpens, what they did during the quarantine and time off, how pitching coaches are approaching build-ups, and that ultimately, each pitching coach wants what’s best for each other. Every team is doing what they can to keep their players as healthy as possible.

The Yankees’ first “full-team” workout is scheduled for Saturday. That is also expected to look different than a usual full-team workout. In order to keep players healthy throughout camp, the Yankees have their players working out in multiple groups and in different shifts. Group A is using the home locker room and dugout, Group B is using the visiting locker room and dugout, while a third group is using the auxiliary locker room until the PNC Field location in PA is ready for use. The organization is staggering workouts throughout the day to keep players as socially distanced and separated as possible.

Pinstriped Prospects will continue to keep you up to date on all things New York Yankees as the day that we have all been waiting for approaches, Opening Night 2020!