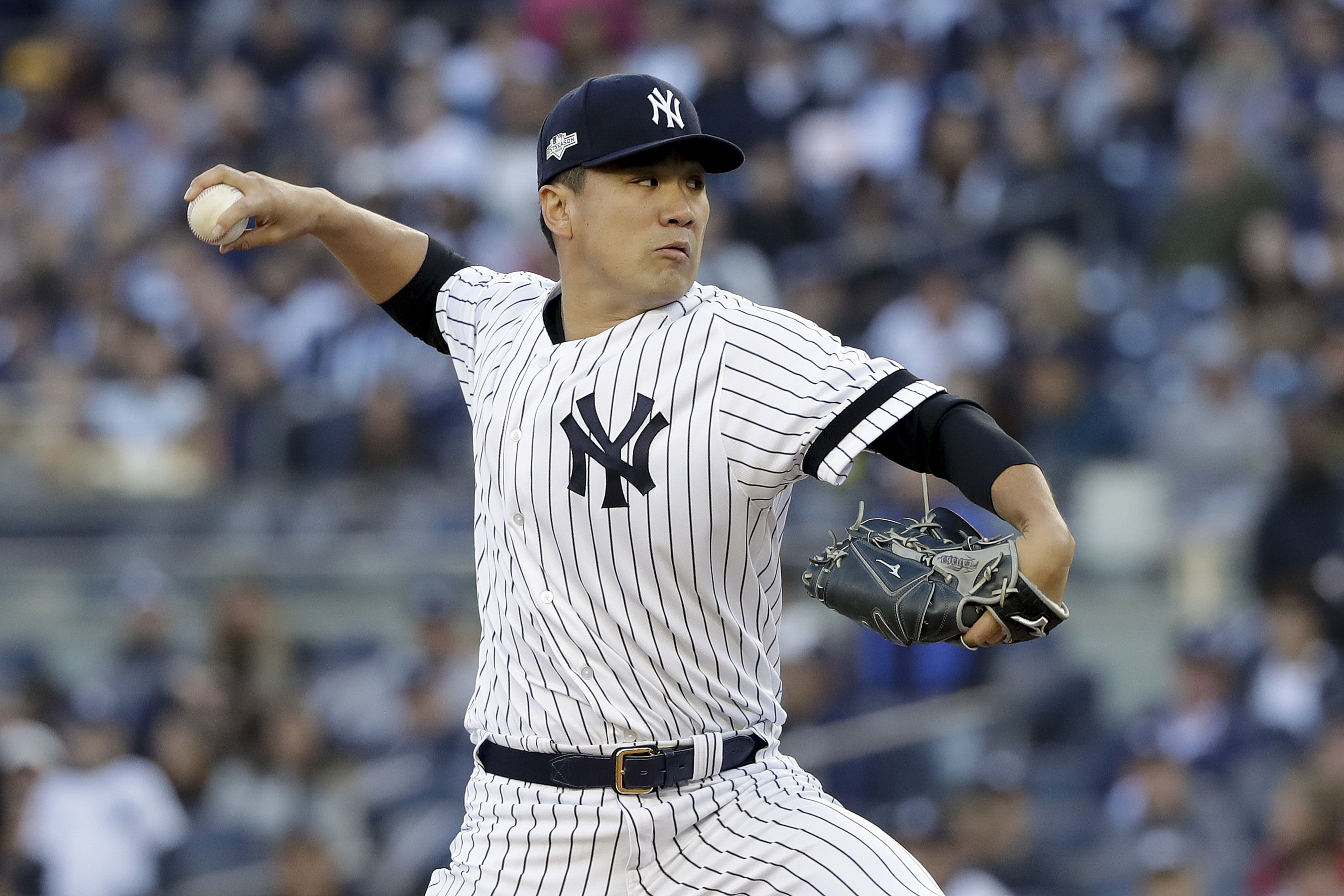 The New York Yankees bats backed a strong performance from Masahiro Tanaka in Game 2 victory over the Minnesota Twins on Saturday afternoon at Yankee Stadium.

New York is in terrific shape as the 2019 American League Division Series shifts to Target Field. The Bronx Bombers are now just a win away from knocking out the Twins and advancing to face the winner of the Houston Astros/Tampa Bay Rays series in a best of seven battle to go to the World Series. 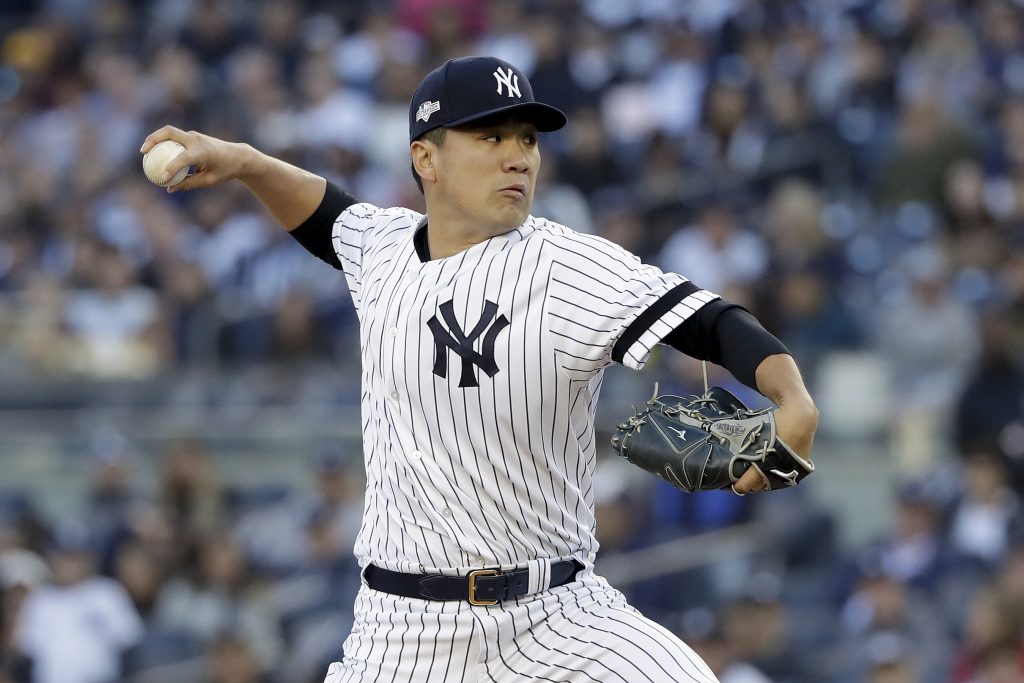 The Yankees took an early 1-0 lead in the bottom half of the first inning on an Edwin Encarnacion single that scored All-Star leadoff-man DJ LeMahieu and never looked back. New York’s offense tacked on seven more runs in the third.

Aaron Judge leadoff the frame with a single and Brett Gardner followed with a walk. Encarnacion then singled again to load the bases and knock Twins starter Randy Dobnak out of the game. Minnesota’s new pitcher, Tyler Duffy, faced Giancarlo Stanton and promptly gave up a deep sacrifice fly to score Judge and advance Gardner to third. Following a Gleyber Torres RBI-single and Gary Sanchez hit by pitch, Didi Gregorius put the game out of reach with a grand slam into the second deck of Yankee Stadium’s right-field seats. 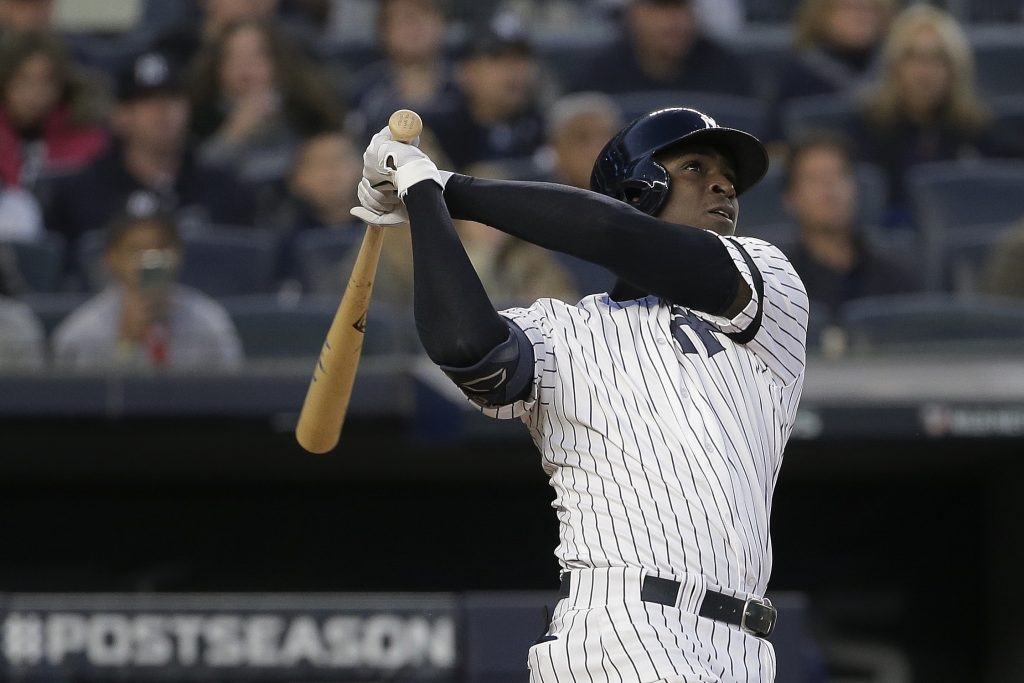 Tanaka was brilliant from the start. The Japanese native earned the victory and improved upon his already terrific postseason numbers. In all, ‘Masa’ went five innings and permitted just one run on three hits and one walk while striking out seven.

The Twins first run came in the top of the fourth inning, courtesy of a Mitch Garver single through the second base hole.

New York’s bullpen held tight and didn’t allow a run until the top of the ninth when Jonathan Loaisiga allowed Garver to come around and score on a Luis Arraez double to deep right-center field.

Tommy Kahnle, Adam Ottavino, and Tyler Lyons all looked fantastic in relief on Tanaka, each tossing a scoreless inning. The trio combined to strike out five, walk zero and allow just one baserunner.

Sunday October 5th will be a travel day for the organizations. First pitch for Game 3 is scheduled at 8:40 pm ET on Monday as Luis Severino will duel Twins right-hander Jake Odorizzi. The Yankees look to advance for a shot at the American League Pennant by eliminating and handing Minnesota its record 13th consecutive playoff loss against New York.

For those wondering at home what is the history of teams advancing to the ALCS after taking a 2-0 series lead with the current 2-2-1 format, it’s 90%.

Now, sit back, relax and enjoy the game on Monday. Be sure to check back with Pinstriped Prospects for more New York Yankees postseason coverage!