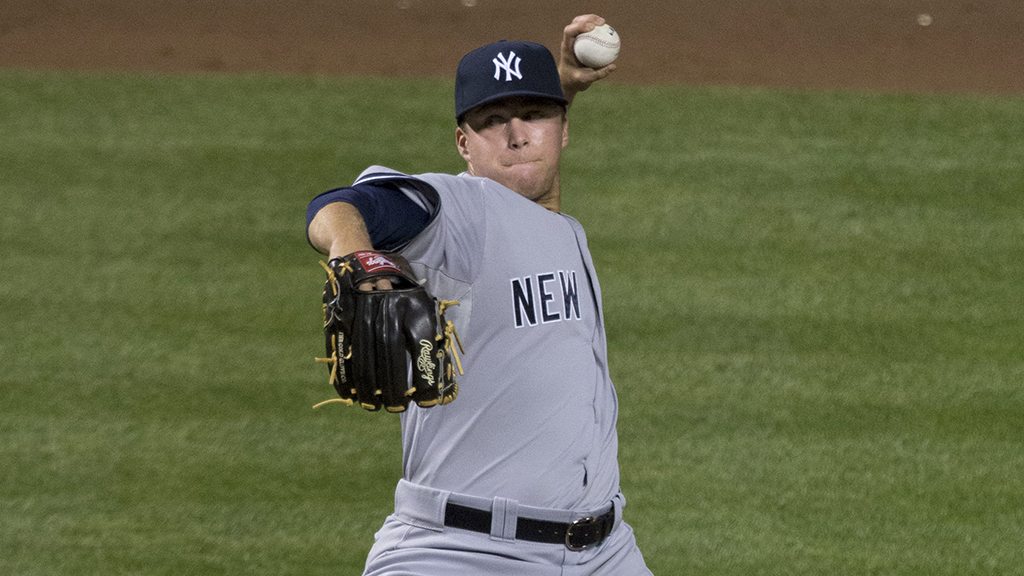 Left-handed reliever Jacob Lindgren, a 5-foot-11, 205-pound native of Biloxi, Miss., and potential powerhouse on the mound and the New York Yankees’ No. 6 prospect, had a dream 2014.

He rolled through the Yankees farm system after being taken in the second round of the 2014 draft (the first Yankees selection that year at the 55th pick) and seemed poised to pitch leveraged innings for the big club in 2015.

His dipping fastball was reaching 95 mph. His knockout slider with almost 12-6 movement was baffling minor-league hitters. But toward the end of the 2014 season, at both Double-A Trenton and Triple-A Scranton, things went a bit awry.

At the time, since he had pitched 33 innings at Mississippi State, earning First Team Baseball America All-America honors, and was 2-1, 2.19 in in 24.2 innings among Class-A stops Charleston and Tampa and Trenton.

“These are more experienced hitters,’’ said Lindgren when he was in Trenton in 2014 “I have to be more careful.’’

One could see Lindgren getting a bit frustrated by the tine the 2014 season ended. Double-A hitters were something more of a challenge.

Lindgren is a player who has an excellent family support system, and the feeling was, given the season at Mississippi State and the adjustment to pro ball at three different levels, Jake, as his family calls him, needed a break and would start again in 2015 at Spring Training.

But not all was right. In seven games, Lindgren allowed three home runs, four earned runs and was 0-0, 5.14 in seven appearances. The Yankees noticed his velocity had suddenly dropped and the break on his slider what nowhere near where it had been.

This was something more than more experienced hitters, being careful and not making mistakes. Nor was it mechanics, which looked fine. The pitches simply didn’t. He was quickly sent back to Scranton, but did not pitch.

It turned out Lindgren was pitching with a bone spur in his left elbow and surgery was performed on June. Recovery time is usually around 12 weeks, but Lindgren did not pitch again in 2015.

Given bone-spur surgery is not considered major, and Lindgren’s spotty Yankees debut could be part 0f that, his work in Spring Training this season will be watched closely.

Lindgren certainly has the potential to pitch late-innings effectively for the Yankees, and with the trade of left-handed reliever Justin Wilson to the Tigers for a pair of prospects, the door is open for him if he is healthy and effective.

In addition to his fastball and slider, Lindgren also has an effective change and curve he used as a starter at Mississippi State before being converted to the bullpen. He’s also still young, and will turn 23 next March 12.

Realistically, he ought to bounce back and fill a spot in the 2016 Yankees bullpen.