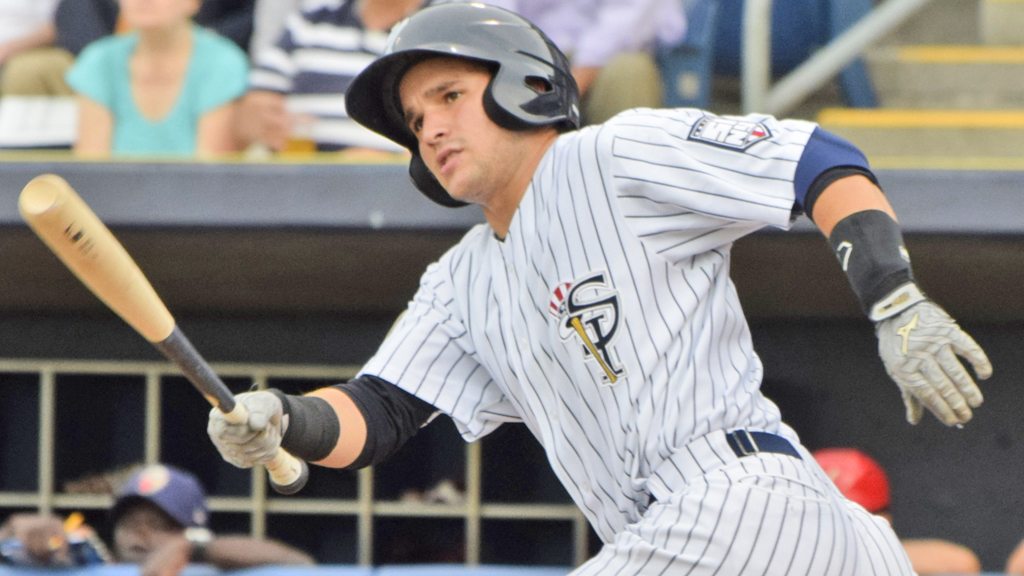 Signed at the age of 16 on July 2, 2012, the Yankees knew they would move Luis Torrens from his previous position in the infield to behind the plate. In his first season as a catcher Torrens impressed many, throwing out an amazing 45% of base stealers in 2013 with the Gulf Coast League Yankees.

In his first season as professional Torrens hit just .241 with 42 hits, 7 doubles a homerun and 14 RBIs for the Gulf Coast League Yankees. He also stole two bases. The Yankees were so impressed with him that they aggressively moved him to Signle-A Charleston to start the 2014 season but a shoulder- strain cost him a significant part of the season. After spending five games back in the GCL to rehab he was assigned to the Staten Island Yankees of the New York-Penn League.

With the Baby Bombers Torrens earned praise from coaches, scouts and fans. He put on a show hitting in 21-consecutive games and even earning a spot in the New York-Penn League All-Star Game. Torrens batted .270 in 48 games for Staten Island after a down post-All-Star Game slump.

After the season Luis had to undergo shoulder surgery to repair a torn labrum that he sustained during the season with Staten Island.  He sat out the entirety of the 2015 regular season but returned to action in the 2015 Florida Instructional League. He did not catch at instructs, instead spending time solely as designated hitter.

Yankees coaches praised his communication ability with pitchers, even though there is a language barrier when he worked with many of the American players. He demonstrated a strong work-ethic and was willing to learn and make himself better every day.

Torrens poses a quick release to go along with a strong and accurate arm that makes him a threat to throw out many baserunners throughout the season. He plays a physically demanding position and his newness to it explains the fatigue he experienced at the end of the 2013 and 2014 seasons. Don’t be surprised to see him turn that around fast, as he is one of the hardest workers in the farm system.

Offensively Torrens projects to be a similar-type of hitter to fellow former Yankees catcher John Ryan Murphy but with more power. He is still growing and getting stronger, once he fills into his body he will develop the power to turn many of his line drives to the outfield into homeruns.

Luis will return to regular game action in 2016 with the Charleston RiverDogs, where he figures to be their starting catcher.