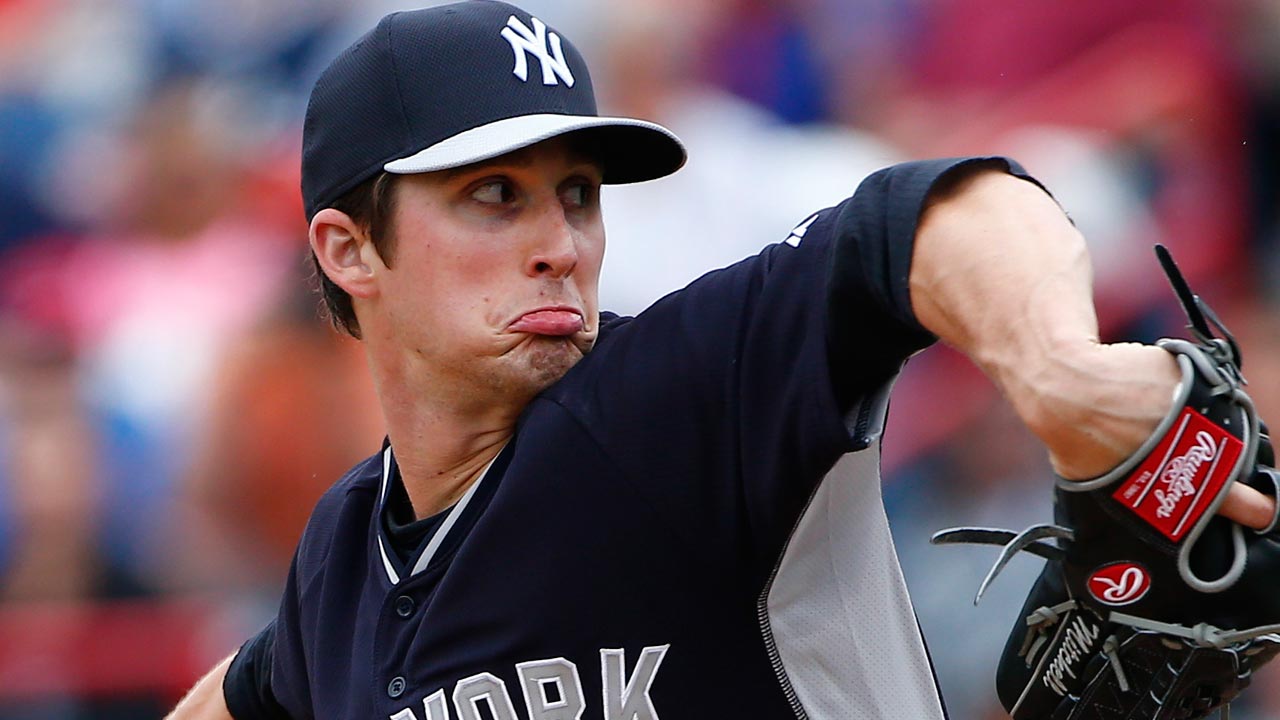 Yankees right-hander Bryan Mitchell has had somewhat of a underwhelming minor league career. The 24-year old Mitchell has the upside of a mid-rotation major league starter, but his results have not lived up to the talent up to this point.

Mitchell’s arsenal is equipped with a four-seam fastball that sits between 93-96 MPH, a two-seamer with lots of life that sits 92-94. Mitchell also throws a big 12-6 curveball that generates lots of swing-and-misses and a change-up that is a plus pitch when he is able to command it.

Early on in his career, Mitchell has sort of been moved into the role that the departed Adam Warren once occupied so well. He came up as a starter and has the tools to succeed there, but control issues have relegated him into a swing guy who is used out of the bullpen and to spot-start when a need for it arises.

The 6’2″, 200-pound Mitchell had a strong year for Triple-A Scranton where he went 5-5 with a 3.12 ERA and a career-low 1.33 WHIP in 15 starts. Manager Joe Girardi gave Mitchell a look out of the bullpen in the Bronx by early summer and he suffered through some growing pains. The righty struck out 29 batters in 29 innings but also surrendered 37 hits and 17 walks over that stretch; not exactly a good recipe for a guy coming out of the bullpen with runners on base.

This spring Mitchell will likely get a long look as a starter in big-league camp but his ticket to the show is likely going to be as a versatile relief pitcher. Spots in the Yankees bullpen are scarce and it may ultimately lead to Mithell anchoring the starting staff in Scranton to open the season.