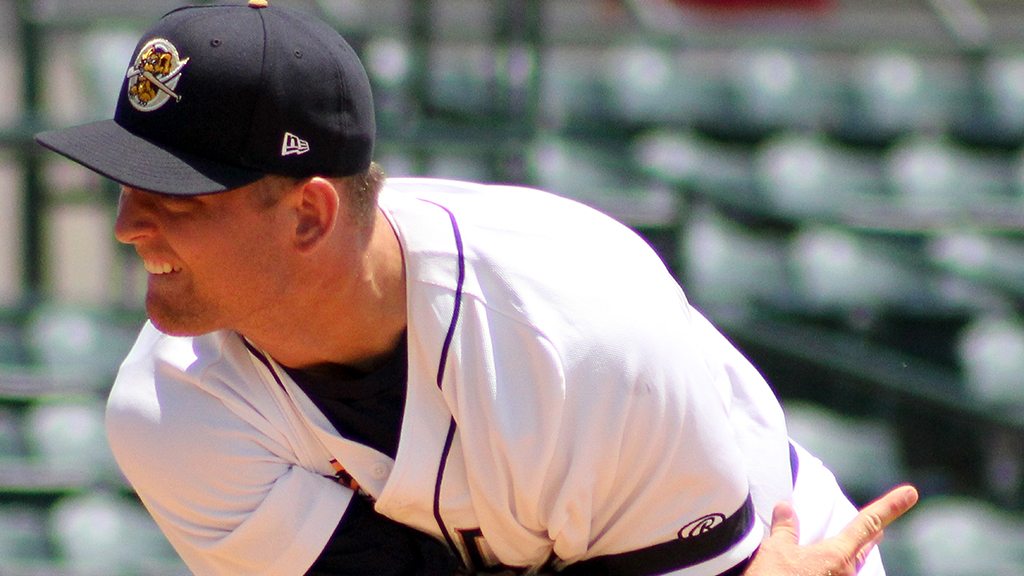 The Yankees took Chance Adams in the fifth of the 2015 draft. Adams was one of three top-relief prospects drafted out of Dallas Baptist University. But Adams future may not be in the pen, as the Yankees like his mix of pitches enough to try him as a starter.

Adams pitch repoirtaire includes a mid-90’s fastball, a slider, circle-change, and a cutter. And he throws them all well enough, that starting should be a very realistic option. Perhaps this shouldn’t be too surprising as he was a starter before transferring to Dallas Baptist, and the Yankees have transitioned several relievers to the rotation in the past few years.

Adams career path looks similar to that of Jonathan Holder, but with perhaps better stuff, and the chance to move through the system quicker. Adams has already reached the same level as Holder, and if he becomes a starter will probably begin the season in A+.

Even if Adams stays in the pen he should still be considered a very good prospect, because he has a good two-pitch combination, with the ability to throw strikes, and mix in two other serviceable pitches.

Depending on what role Adams plays he could begin the 2016 season in either A+ or AA. If the starting experience works it’s possible that he could spend as most of the year in A+. Regardless of whether he starts or relieves, it’s clear that the Yankees made a very good 5th round selection.