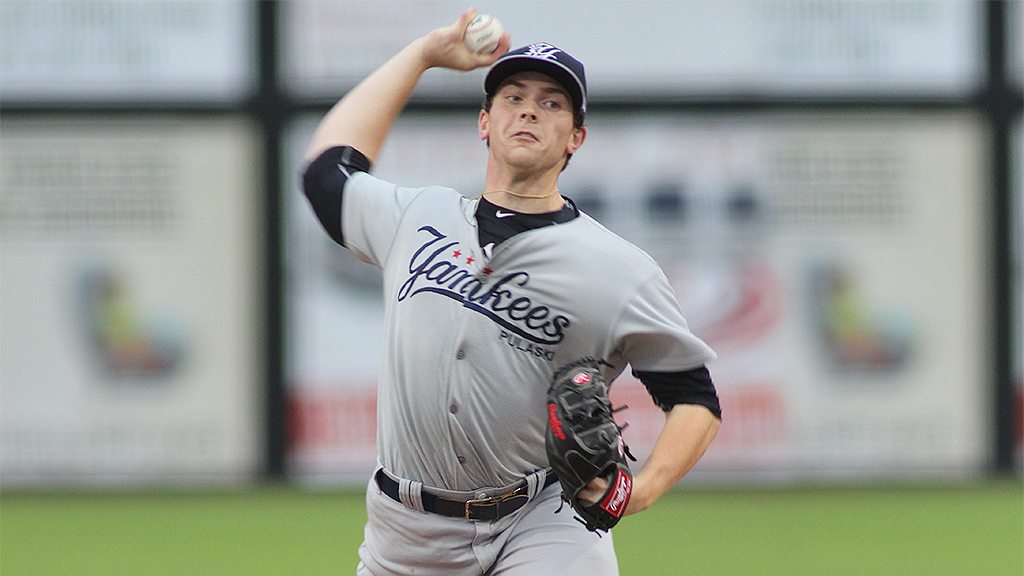 Right-handed pitcher Drew Finley was drafted by the New York Yankees with the 92nd overall draft pick in the third round of the 2015 First-Year-Player Draft out of Rancho Bernando High School in San Diego, California.

Drew is the son of Los Angeles Dodgers Vice President of Amateur and International Scouting David Finley.  He grew up around the game and knows what it takes to be a professional baseball player, this is the type of guys the Yankees like because of their work ethic and baseball knowledge.

In high school Finley made a name for himself after pitching a career high in innings and a 20-strikeout performance in April.

After signing with the Yankees the young 6-foot-3-inch, 200 pounds’ right-hander reported to Pulaski to open up his professional career with the Pulaski Yankees as an 18-year old.  He went 0-1 with a 3.94 ERA in 12 games, all starts, for Pulaski.  He struck out 41 batters over 32 innings of work.  The Yankees limited his work during the season, he did not pitch out of the third inning in any of his appearances.

Finley is a very projectable pitcher, one that has a lot of development to go but with his background in the game he takes to the coaching very easily.  His fastball is in the low-90s, usually around 90-91 miles per hour while occasionally hitting 93 and has good control.  He backs that up with an advanced curveball that when he starts to throw it consistently with control could become a plus-pitch.  He also throws a changeup.

Drew will likely start the 2016 season in extended spring training and report to Staten Island and become a part of the Staten Island Yankees rotation.