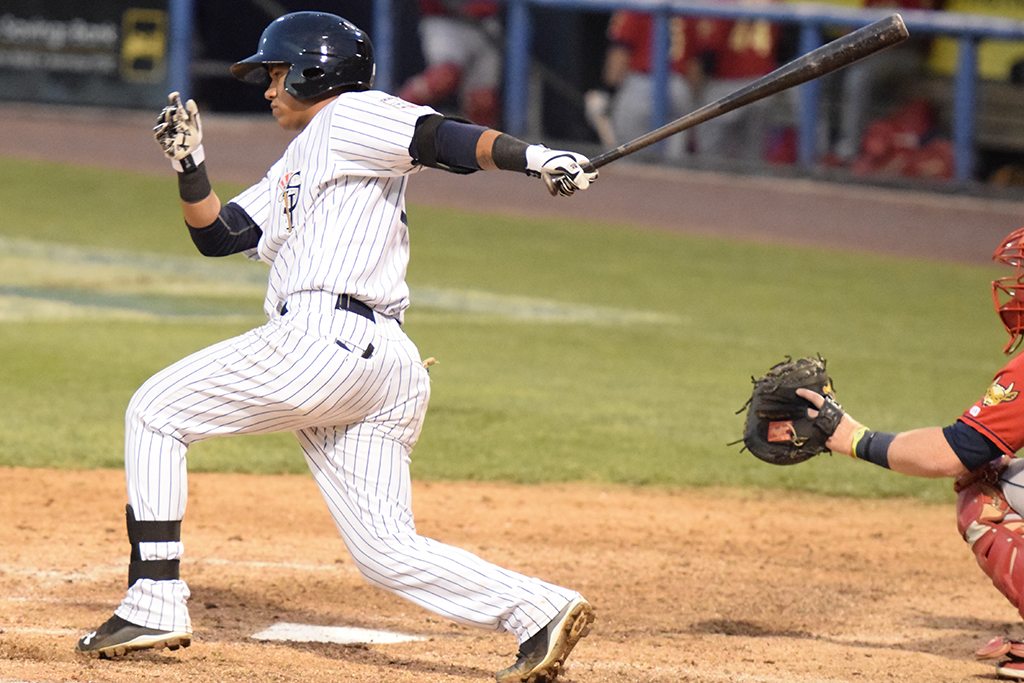 Thairo Estrada had the first Yankees RBI in the game

Signed in November 2012 as an international free agent for $49,000 along with higher touted prospects Jorge Mateo and Luis Torrens, infielder Thairo Estrada is slowly emerging as one of the most unheralded members of the Yankees farm system after conquering short-season ball as one of the youngest members of the New York-Penn League in 2015 at the age of 19.

A natural shortstop by trade, Estrada moved to second base with the Staten Island Yankees as a result of the defensively wizardry of first round pick Kyle Holder and quickly became one of the most dependable players on the club, batting .267/.338/.360 with 66 hits in 247 at bats while earning a New York-Penn League All-Star selection.

Estrada was initially expected to play the entire 2014 season with Staten Island but was limited to a 17 game cameo after suffering a leg injury. Estrada rebounded nicely in his return to the New York-Penn League and impressed his manager Pat Osborn with the way he held his own both offensively and defensively against older competition. “He’s a good kid. People forget he is just 19 years old,” Osborn noted. “He can play short. He can play second. He is a good player now.”

A 5″10 and 155 pounds, Estrada is undersized for the shortstop position, but displays the agility to make every play at the position. His quick reflexes and strong throwing arm work in his favor in the field, while his speed and ability to make consistent contact at the plate are signs of future growth as he continues to gain experience in professional baseball and be an asset at the top of a batting order.

With the Yankees possessing quality middle infield depth across the pipeline, Estrada will likely begin the 2016 season with the full season Charleston Riverdogs and continue to develop as an all-around player looking to find a niche at either shortstop or second base.