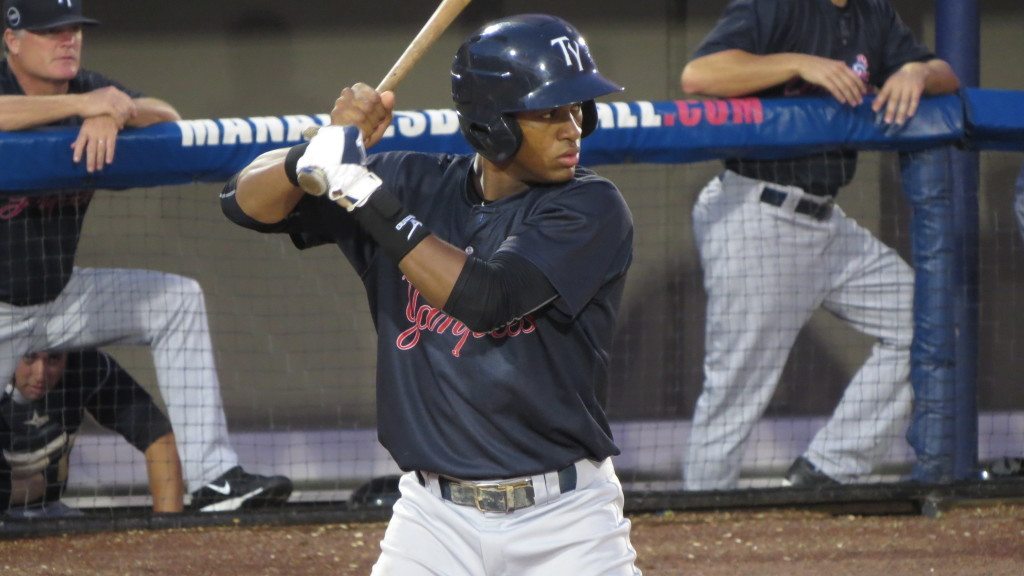 The New York Yankees have been blessed with great up the middle depth in the lower levels of the organization. Abiatal Avelino is part of the competitive group that includes Jorge Mateo, Tyler Wade, Kyle Holder and Thairo Estrada.

When the Yankees signed Avelino out of the Dominican Republic in 2011, they added a gifted athlete to their system. With any young player, developmental patience is a virtue.

After a 2014 season that saw Avelino hit the disabled list for two months, a return to health and productivity was in order for 2015. He would receive both, as he began the year with a brief stint in Charleston before a promotion would take him to Tampa. For the year, he hit to a slash of .252/.309/.321 and swiped 54 bases.

His offensive profile is one of contact and spraying the ball across all fields with little power. Base running is expected to continue be an area of strength, as his speed will allow him to be a base stealing threat.

Out in the field, Avelino is already one of the best defenders in the Yankees organization. He has a great package of tools including terrific range, a strong arm and solid fundamentals that will keep him wherever the development staff decides to play him on the middle infield.

Abiatal Avelino will start the 2016 back in Tampa, where he will continue to turn his ability into on-field results. Don’t let the designation of second base fool you, it isn’t because of the inability to play shortstop that he’s playing there. Instead it’s due to a glut of shortstops in the system. He will look to continue developing his skills to eventually realize his potential to the fullest. A promotion to Trenton in the second half of 2016 wouldn’t be a surprise, nor would including him in a trade to fill other needs.