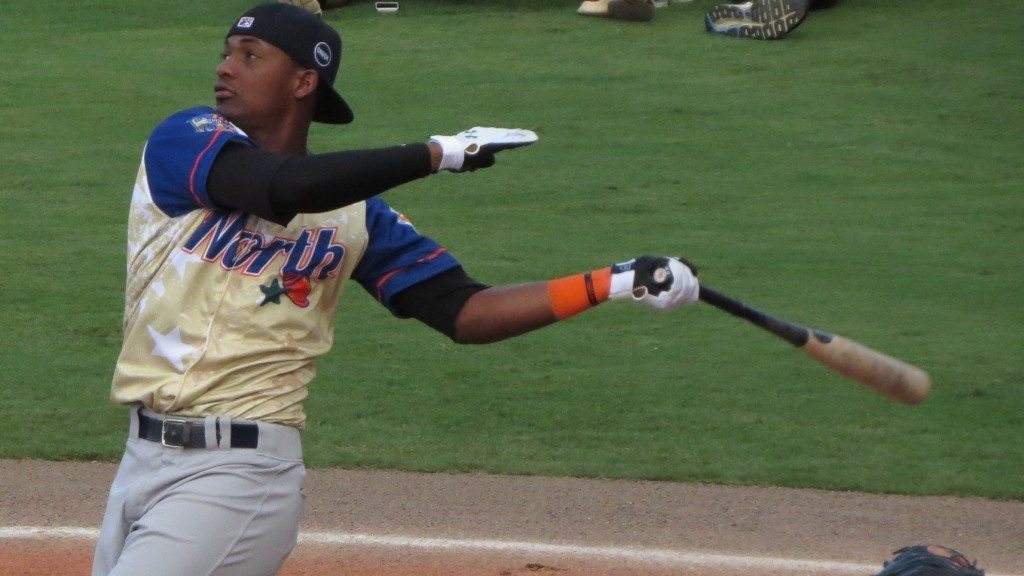 Without question Miguel Andujar will begin the 2016 season as the best third base prospect in the Yankees system.

Andujar was signed as a part of the Yankees 2011 International Free Agent class. With the significant signing bonus, the scouting department had placed a bet that eventually he would develop into a Major Leaguer.

The Yankees have challenged him from the very beginning of his career, when he skipped the DSL and went directly to the GCL in 2012 and 2013. After a very successful 2013 season, the development staff aggressively assigned him to full season Class A affiliate Charleston. He was much younger than most of the other competition at the level and held his own at the plate.

He came into the 2015 season looking to put a consistent season together at the plate over a full season, playing third base for Advanced-A Tampa. For the second season in a row, it appears that Andujar faced an adjustment period, as he started the season slowly against older competition. One could look at how he started the past two seasons and say that the Yankees are pushing him too aggressively, or you could say that the challenge is working because has made the adjustments. Either way, he has ended both seasons hitting well.

Andujar projects to stick at the hot corner, both now and in the future. Defensively he is equipped with a very strong arm, great range and good hands.

At the plate he’s projected to hit for a decent average with power.

If his development catches up to projections, the Yankees will have themselves an everyday third baseman.

It’s easy to forget that Miguel Andujar is only 20-years old, even though he was signed in 2011.  Coming into 2016, it will be important for Andujar to turn the corner offensively. While it’s possible that he returns to Tampa, it isn’t out of the realm of possibility that the organization aggressively pushes him to Trenton instead. An assignment in Trenton to start the season would signify organizational confidence in Andujar and his abilities.