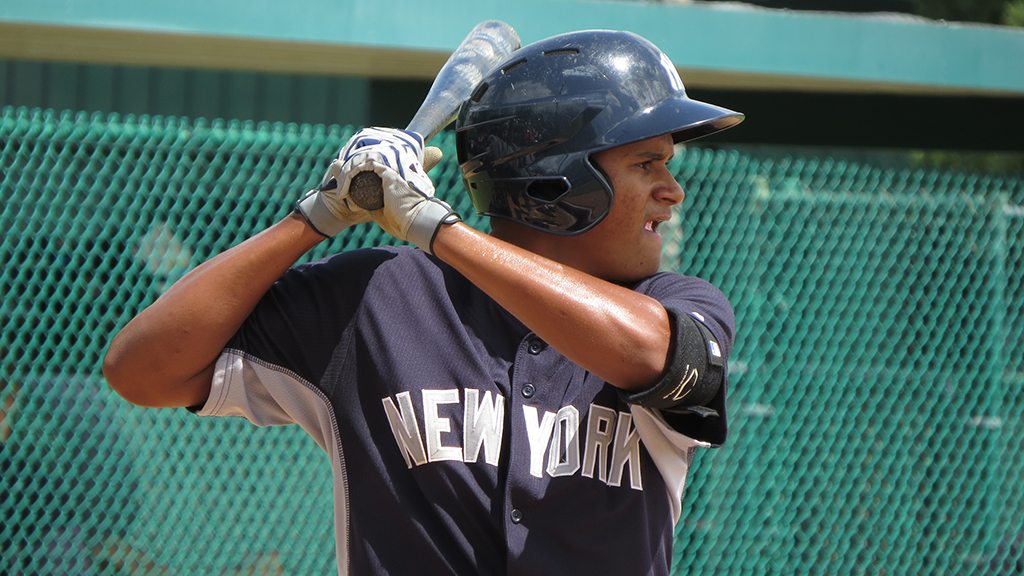 The New York Yankees signed Dominican centerfielder Leonardo Molina on August 1, 2013 for $1.4 million just one day after his 16th birthday. Molina was widely considered one of the top prospects of the July 2nd class and made his professional debut in 2014 with the Gulf Coast Yankees.

At 16 years old during his first professional season in 2014 he was one of the youngest players in the league. Statistically Leonardo struggled, hitting just .193 with 37 hits in 192 at bats, there is a lot of like about him.

He needs to work on his hitting but has good bat speed and a decent swing. His power potential will increase as he grows and fills into his body. At 6 foot 2 inches tall and 175 pounds he is no slouch.

Look for Molina to open the 2016 season staying back in Extended Spring Training before reporting to Pulaski and patrol the outfield for the Pulaski Yankees.