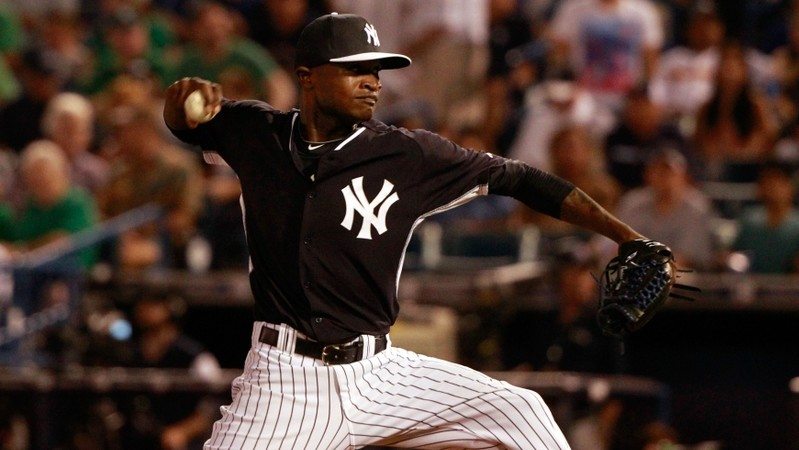 The Marlins signed German as a 17 year old from Pedro de Macoris in the Dominican Republic during the 2009-10 international signing period for just 40 thousand. German would then spend next four seasons in the Marlins organization before being traded to the Yankees in the Martin Prado trade.

German developed very slowly in his four seasons as a Marlin. He spent his first two seasons in the Dominican Summer League (DSL). German pitched very well there, but mostly out of the pen. In his two seasons in the DSL German posted a 2.89 ERA, a 3.08 FIP, and a 1.38 WHIP. He struck 83 batters in 81 innings, while walking 40.

Obviously he is no longer regarded as such, and that’s purely because he missed the year due to Tommy John surgery (TJS). German was slated to begin the year in A+, and he had a lot to work on at that level. German has a plus fastball (92-97 MPH), and an average change, but needed to work on his command and his curveball in order to be considered a true starting pitcher. Now that he is due to lose more than a year of development time it’s unclear if his future is still in the rotation.

German will most probably begin his season in A+, and if he is a starter he will probably need to stay there for the full season. German’s future is unclear, but if he is able to improve his curve, there’s no reason to think he can’t be a good mid-rotation starter.