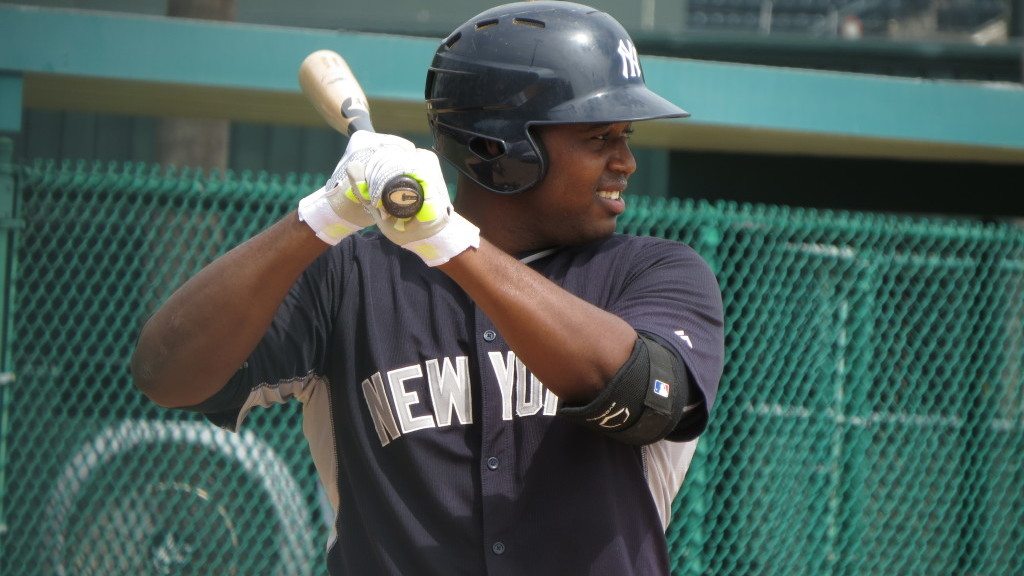 Chris Gittens was drafted by the New York Yankees with the 362nd overall pick in the 12th round of the 2014 First-Year-Player Draft.  He promptly signed for a bonus of $125,000 and went to the Yankees complex in Tampa to begin his professional career.

He mashed lefties in the Gulf Coast League Yankees, touching them for a .432 batting average while also hitting .333 against righties.

At 6-foot 4-inches tall Chris has a big physical frame, one that produces natural plus raw power from the right side of the plate.  He has the ability to use the whole field and hit for average.  He is a masher, having the ability to send the ball out of the park with little effort.  His conditioning has been a question for him, he is listed at 250 pounds and at one point was as high as 300 pounds.

Gittens is limited to first base, though in high school he was also a pitcher.  If he continues to work on his conditioning, he could find himself developing into an above-average first baseman with big power.

He will turn 22 in February and should find himself with the Charleston RiverDogs or Staten Island Yankees in 2016.  Due to his advanced age he needs to be challenged.