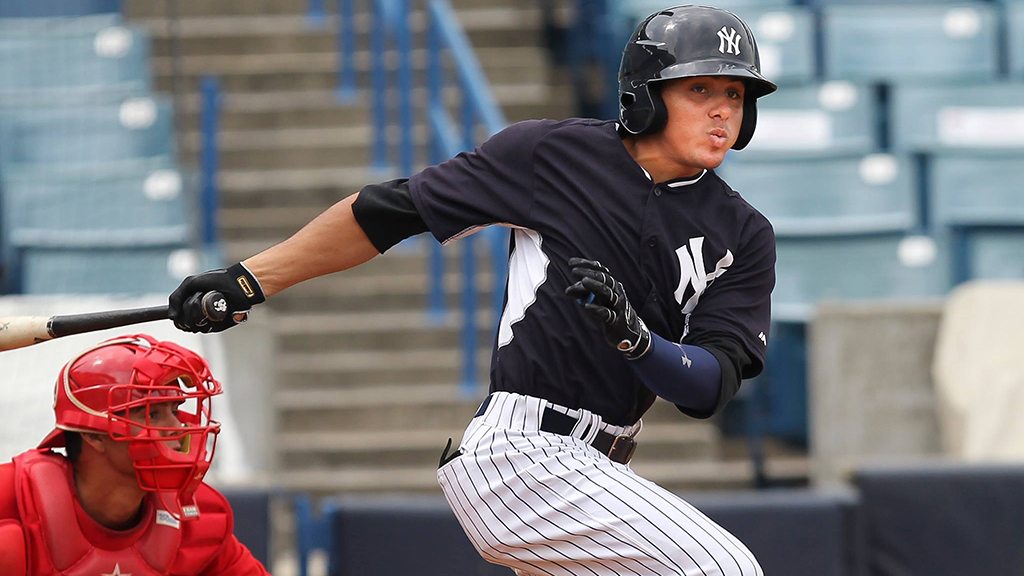 Carlos Vidal was signed by the New York Yankees as an international free agent out of Lorica, Columbia as an 18-year old in May 2014.  As an under-the-radar type signing there was little to no fan-fare.  He immediately went to the Yankees complex in the Dominican Republic to begin his career.

Carlos played in 56 games in the Dominican Summer League in 2014 for the DSL Yankees 2 team and impressed with a batting average of .365 over 219 at bats.  He had 80 hits with 13 doubles, 7 triples and 1 homerun while driving in 35 runs and scoring 65 himself.  Throughout the season he walked 42 times while striking out 32 times.  The performance was impressive and he went on to make his debut in the United States that September as part of the 2014 Florida Instructional League.

Vidal’s performance in the Dominican Summer League as well as his time in the instructional league impressed the Yankees enough to have him skip the Gulf Coast League completely and spend the 2015 season with the Pulaski Yankees in their inaugural season.  With the Pulaski Yankees he impressed many more, hitting .303 over 60 games with 74 hits in 244 at bats.  Of those 74 hits, 15 were doubles, 2 were triples and 9 were homeruns.  He drove in 46 runs while scoring 49 himself.  His performance during the season earned him a spot on the Appalachian League Post-season All-Star team.

On the defensive side Carlos has been playing mostly centerfield but in the long-term profiles more as a left-fielder.  He has earned comparisons to former New York Yankees prospect Ramon Flores except with more power potential.   He has good speed and has the tools to be an above-average defender in the outfield, the question would be his bat and if it continues to stay hot as he is challenged at the higher levels of the farm system.

Vidal is slated to open the 2016 season with the Charleston RiverDogs of the South Atlantic League, where he will most likely be their regular center fielder.