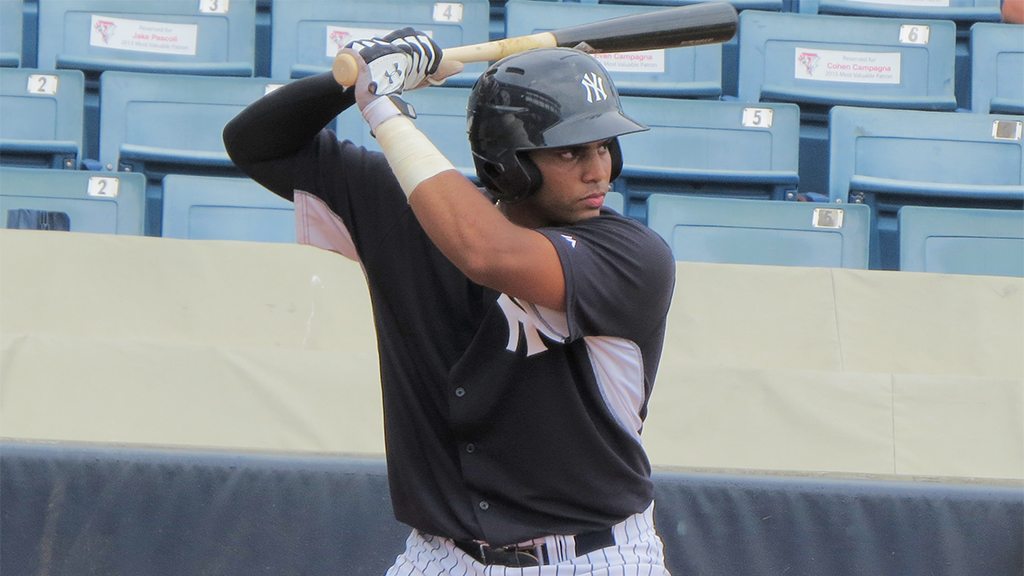 The New York Yankees signed Dermis Garcia for $3,000,000 as part of the huge international free agent hall the Yankees got in 2014.  At the time Garcia was ranked as the 9th prospect in the IFA class by Baseball America as well as the #1 prospect in the class by MLB.com and many felt that he was the best homerun hitter in the class.

Originally a shortstop, the Yankees moved Garcia over to third base to start his professional career, one that got delayed due to an injury.  He skipped the Dominican Summer League and made his professional career as a 17-year old in the Gulf Coast League. In his first game on July 24, 2015 against the GCL Braves he went 2-for-3 with 1 run scored and 2 RBIs.  He went on to struggle though, hitting just .159 in 23 games with 11 hits over 69 at bats and 2 doubles and 9 walks.  He has yet to hit a homerun as a professional.

Dermis has a lot of raw talent that cannot be discarded.  He possesses good bat speed, natural raw power and the raw tools that could see him develop into at least an above-average defender at third base.   Scouts liked what they have seen out of him but he just needs to show it in game action.  His struggles this year could be attributed to missing time due to injury.  He struck out 25 times in the season, a number that is troubling. At 17-years old he is still young and could likely find himself repeating the Gulf Coast League in 2016.