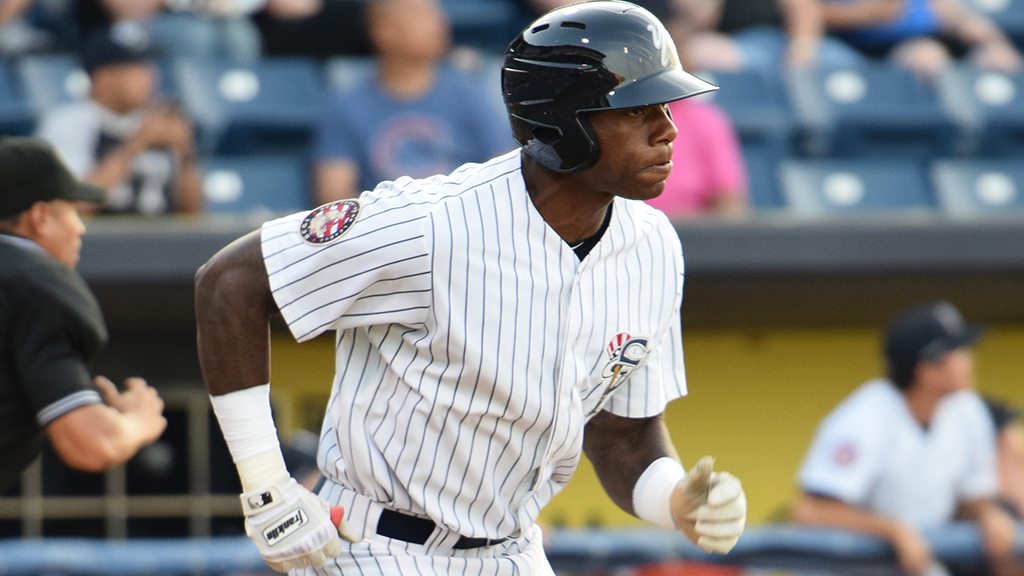 Drafted in June 2015 in the seventh round of the First-Year-Player Draft by the Yankees out of Florida Southern College, right-fielder Jhalan Jackson had an impressive professional debut.  He showcased big raw power, something that is increasingly difficult to find in baseball.

In college Jhalan hit .417 during the 2015 season for Florida Southern with 20 homeruns, 13 doubles and 2 triples in 175 at bats.  He walked 16 times over 45 games and was hit by a pitch 10 times.  After signing with the Yankees he was immediately assigned to the Staten Island Yankees where he was penciled in as their regular right-fielder.

In his first professional season Jackson impressed with 2 homeruns in his first 2 games, including a monster homerun in his second game that cut through MCU Park like nothing as well as driving in 6 runs.  “The first thing that stands out is his power,” Staten Island manager Pat Osborn told us during the season.

Jhalan went on to hit .266 in his first professional season with 5 homeruns, 14 doubles, 2 triples, 34 runs batted in and 4 stolen bases over 49 games. It was a solid professional debut for the power-hitting prospect but he battled through several injuries including a thumb injury early in the year and back soreness in the second half.  In the post-season he returned to action with a homerun in his only appearance.

While older than most in the league, Jackson will turn 23 in February, he showed the ability to make adjustments on the fly as well as hit the ball to all fields but his real strength in the raw power.  During games he displayed a good eye at the plate, letting tough pitches go by while he worked the count to find the pitch he needed to drive the ball deep.  He routinely hit the ball out of the ballpark during batting practice and before the injuries was displaying that power in game action.

In the field Jhalan was no slouch either, in right field he used his size and good speed to cover a lot of ground in right field and when runners attempted to advance he showed off his above-average arm.  Though he was older than most at the level Jackson has a floor higher than most. It will not be surprising to see him skip Low-A Charleston and instead open up the 2016 season with the Tampa Yankees of the Florida State League.