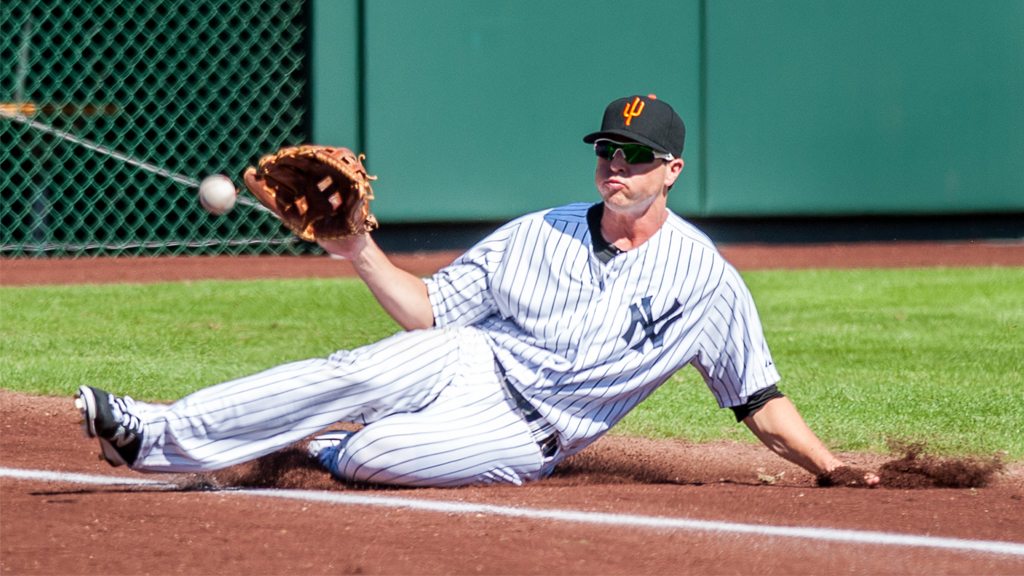 Not many players shot up the prospect rankings like Dustin Fowler did in 2015.  A solid showing last season has thrust him from sleeper to one of the best prospects in the entire organization.

The New York Yankees picked Fowler out of high school in the 18th round of the 2013 draft.  They were hoping that he could turn his athletic gifts into on-field results. Two years later, the Yankees are being rewarded as he is beginning to tap into his potential.

Scouts project Fowler to stick in center and be a plus defender at the position, thanks to his speed, solid arm and defensive prowess. He also has the ability to play the corner outfield positions as well, giving the Yankees defensive positional flexibility.

At the plate, scouts opinions seem to vary.  Many believe that Fowler will hit for average or better with a little pop and speed, while others aren’t convinced and want to see more.

Fowler still has room for refinement in his game. Offensively he has a few things that he’s working to develop, including plate discipline, pitch recognition and his power game.

“[I’m] trying [not] to pull too many balls and hit to all sides of the field,” said Fowler.

He’s also working to fulfilling his power potential by “Trying to get stronger.”

Dustin Fowler has the gift of natural athleticism, talent and the drive to become a better baseball player. He offers an exciting set of tools and plays a premium position on the field. His 2016 season will most likely begin with an assignment back in Tampa, but there’s the potential for him to reach Trenton before the end of the year.