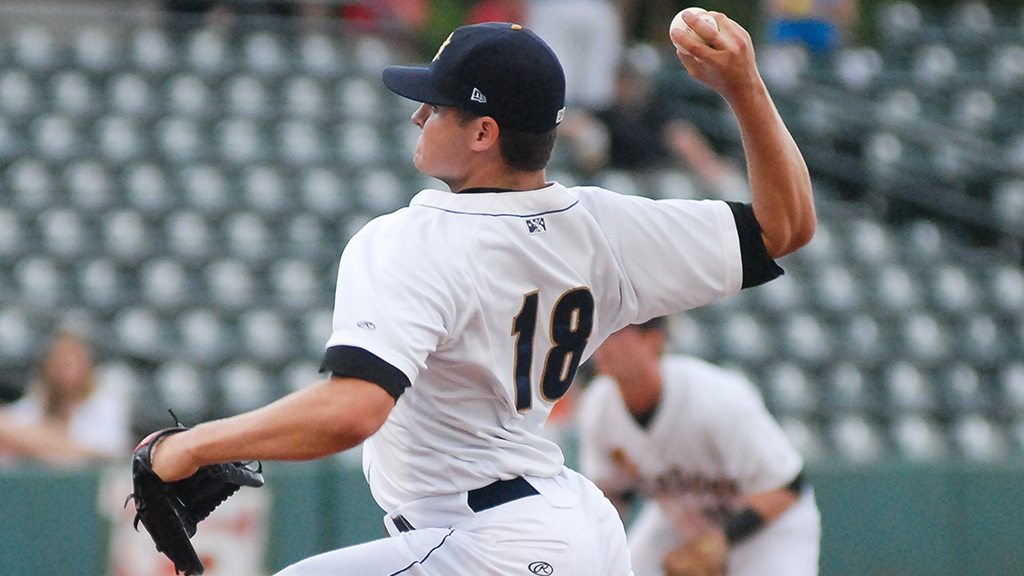 Prior to the draft MLB.com Ranked Jordan as the 95th best prospect in the draft while Baseball America ranked him at 128th and also has the top prospect in the state of Michigan.  He signed with the Yankees on June 19, 2014 and the next day was assigned to the Gulf Coast League Yankees where he made his professional debut on June 21 against the GCL Tigers.  “I feel like college baseball and my coaching staff prepared me very well and made the transition to pro ball a lot less of a jump,” he told us in an interview.  In 2 games in the GCL he did not allow a run over 3 innings of work and earning a promotion to the Staten Island Yankees of the New York-Penn League on June 26.

Foley made his Class-A debut on June 29 with 2 shutout innings out of the bullpen against the Brooklyn Cyclones.  He allowed 1 hit and struck out 2 batters in that game.  “I had to realize that I needed to become more of a pitcher because hitters have better approaches as you advance.” He spent the rest of the season working as a piggy-back starter for Staten Island going 0-2 with a 4.46 ERA in 11 games, 5 starts, striking out 37 batters over 34 1/3 innings.

“I had a couple Disabled List trips this season so I want to make sure to stay healthy in 2016. That is first and foremost in my mind. If I’m healthy I am out there pitching and that’s where I want to be. I want to build on the season I had this year and just keep getting better every day.”

During the season he was called up to Triple-A for a brief 2-game cameo with the Scranton/Wilkes-Barre RailRiders.  “I took a lot from my time in Triple A,” he told us, “I realized that the game isn’t much different but the hitters have better and more consistent approaches. Learning the approach of hitters at that level helped me realize where I need to get to be successful at that level. I realized the importance of having multiple pitches to throw in any count to keep hitters off balance. So when I went back to Charleston I focused on those things and learned to be a better pitcher.”

Foley is listed at 6-foot 4-inches tall and 215 pounds, he has the prototypical starting pitcher build and backs it up with a fastball that sits anywhere between 90 and 95 miles per hour, a mid-80s slider and a split-finger changeup in the low-to-mid-80s.

“I am very aggressive on the mound,” he said. “I go right at hitters with my fastball so I feel that has helped me in pro ball because some guys have to develop that mindset. I am working on better locating that fastball so I can be more efficient with pitch counts and control at bats better.”

“This offseason I have been working to make sure my arm stays healthy throughout the entire season. So increasing arm strength and flexibility as well as increasing overall body strength. I will also be working on a couple mechanical things to make my delivery more repeatable and efficient.”

Jordan is likely going to start the 2016 season with the Tampa Yankees as part of their starting rotation, but do not rule out a call up to the Trenton Thunder in the second half if he continues the success he has had this season.