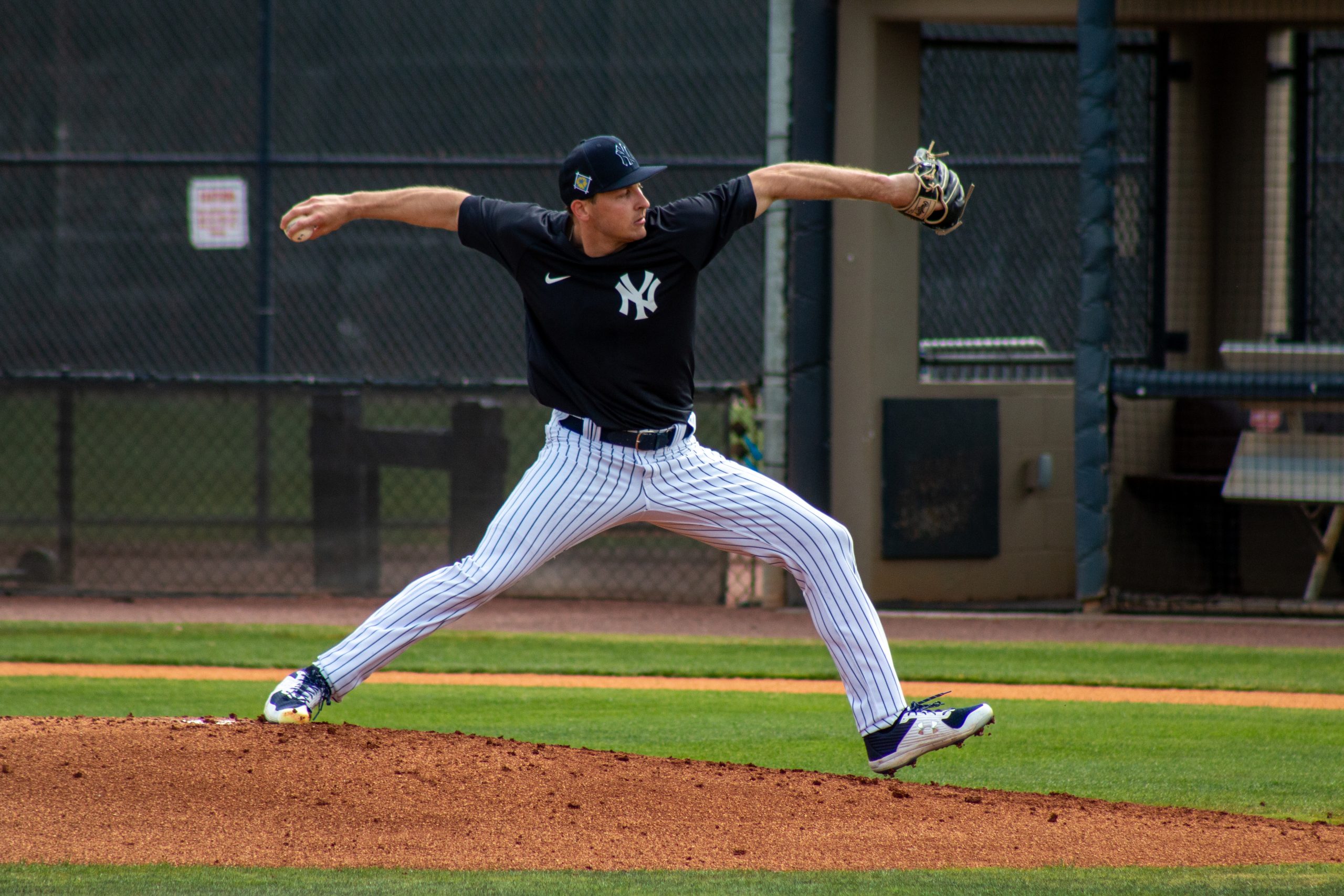 About 29 hours until the MLB Trade Deadline, the Yankees filled one of their needs as they traded for a high-leverage reliever in Scott Effross Monday at 1 p.m. EDT. The right-hander, 28, is just a rookie and a bit of a late bloomer but has been pitching very well this season. The 2015 15th-round draft pick out of Indiana University by the Cubs has pitched to a 2.66 ERA, 2.19 FIP, and 1.068 WHIP in 47 games, with 50 strikeouts and 11 walks in 44 innings. Jack Curry of the YES Network was first on the news that the Yankees were acquiring Effross.

Yankees are acquiring righty reliever Scott Effross from the Cubs.

The Yankees needed to go out and get reliever depth even before Michael King went down for the season. But it was an even bigger need when one of their best pitchers was lost to a season-ending elbow injury. New York has had one of the best bullpens all year. Entering Monday, their bullpen ranks second in ERA (2.92), first in FIP (3.18), and third in fWAR (5.0) in the majors. Even despite this, some of their most trusted relievers have struggled lately, including first-time All-Star Clay Holmes.

The former Pirate hasn’t looked like himself lately. On Sunday, he surrendered the eventual game-winning homer to Salvador Perez in the ninth inning. It was the first homer that Holmes has given up all year and only his third blown save in 20 chances. It looks to be just a bump in the road. Acquiring Effross takes some of the pressure off of Holmes and the other relievers.

Young right-handers Ron Marinaccio and Clarke Schmidt have stepped up to help fill the void left by King. They have each tossed three scoreless innings in back-to-back outings. That has helped to keep the bullpen from feeling too much of the burden of the struggles of Aroldis Chapman. The former closer was stripped of that status after massively struggling throughout the season before an Achilles injury. Since returning from that injury, Chapman has surrendered seven earned runs over 9 1/3 innings. He has been able to pitch three straight scoreless frames in low-leverage spots, however. Jonathan Loasigia is also trying to return some of his 2021 form after some struggles and a stint of his own on the injured list.

Adding Effross will give Aaron Boone another option in the bullpen. On Monday afternoon, Boone stated to the media that he will use the righty in various spots in a game. “He’s got weapons to get right-handed hitters and left-handed hitters out,” Boone said. “That versatility will hopefully serve everyone well.”

He will be getting to New York tonight and Boone said we could see him in “any kind of big situation.” Effross has been more effective against left-handed hitters this season, allowing a .132 batting average against them. He hasn’t allowed a homer against righties and two against lefty hitters.

Effross still has five more years of control, as he doesn’t reach free agency until 2028. With that in mind and with how well he has pitched, the price wasn’t going to be cheap. To acquire him, the Yankees sent their seventh-ranked prospect, as per MLB Pipeline, Hayden Wesneski to the Cubs. Wesneski has been effective for the Railriders this season, posting a 3.51 ERA, 1.149 WHIP, .227 batting average against and 83 strikeouts in 89 2/3 innings. In his last home start for Scranton/Wilkes-Barre, a Cubs scout was in attendance. He pitched six shutout innings against Louisville while striking out six and walking one. It is a big loss for the Yankees’ system but worth it for the gain. Wesneski was drafted by the Yankees in the sixth round of the 2019 MLB Draft and got up to Triple-A in his first full season last year.

The Yankees continued to improve the roster on Monday afternoon, as they acquired right-hander Frankie Montas and right-handed reliever Lou Trivino from the A’s. The return in the deal was left-handers Ken Waldichuk and J.P. Sears, right-hander Luis Medina, and second baseman Cooper Bowman. Stay tuned for more on that deal later today.

For Montas and Trivino, Yankees parted with Sears, Waldichuk, Bowman and Medina.