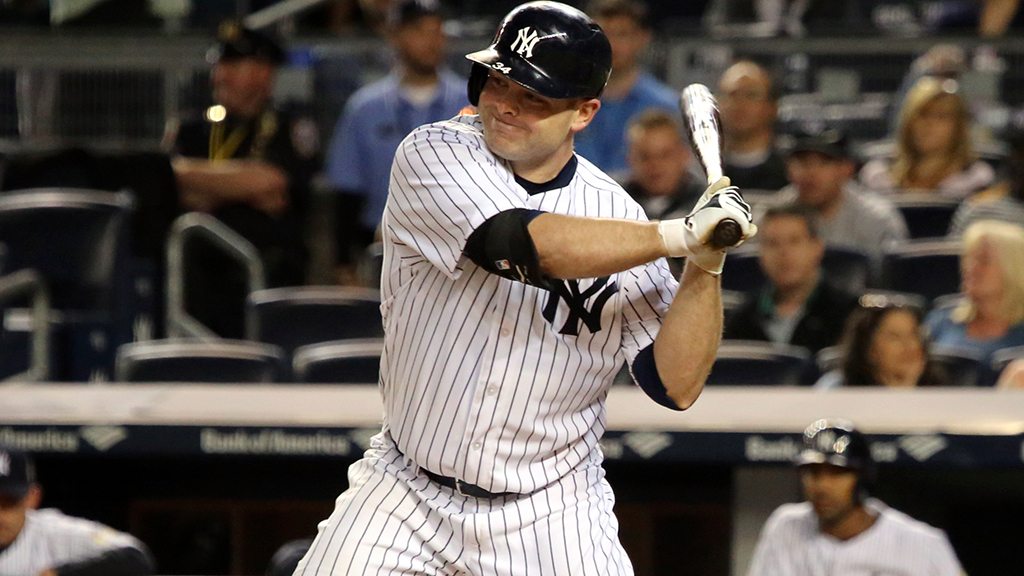 Per the New York Yankees PR Department Twitter account, the team has traded veteran catcher Brian McCann to the Houston Astros for minor leaguers Jorge Guzman and Albert Abreu. Also, the Yankees have agreed to send the Astros $5.5 Million each of the final two years left on the deal McCann signed for five years/$85 Million before the 2014 season.

Brian McCann, 32, is a 7-time all-star in hat lost his starting catcher position last fall to American League  Rookie Of The Year runner-up Gary Sanchez.  By agreeing to waive his not trade clause, he figures the to be the Astros full-time catcher, as opposed to splitting time as the Yankees designated hitter and to provide Sanchez with a day off.

Jorge Guzman is a right-handed pitcher that will turn 21 in January.  According to JJ Cooper, he can throw 103 mph. He finished 2016 in the rookie Appalachian League.

Albert Abreu, 21, is also a right-handed pitcher who throws in the upper 90s and uses four pitches. MLB Pipeline had him ranked as the Astros number 7 prospect. Josh Norris of Baseball America figured he would slide into the 9-10 spot in the Yankees system. He ended 2016 pitching in the Class A California League.

This is an early hot stove season trade, and there will be plenty of more moves to come. It opens a spot on the 40 man roster before Friday’s Rule 5 deadline. It also leaves the team with a void in the veteran leadership department. Austin Romine and Higashioka as the only catchers on the roster, besides Sanchez.

Early speculation is that the Yankees may look to a reunion with Carlos Beltran to fill the need at DH.  He would likely sign a 1-year deal. That would help with owner Hal Steinbrenner’s stated goal of getting under the luxury tax threshold for the 2018 campaign.