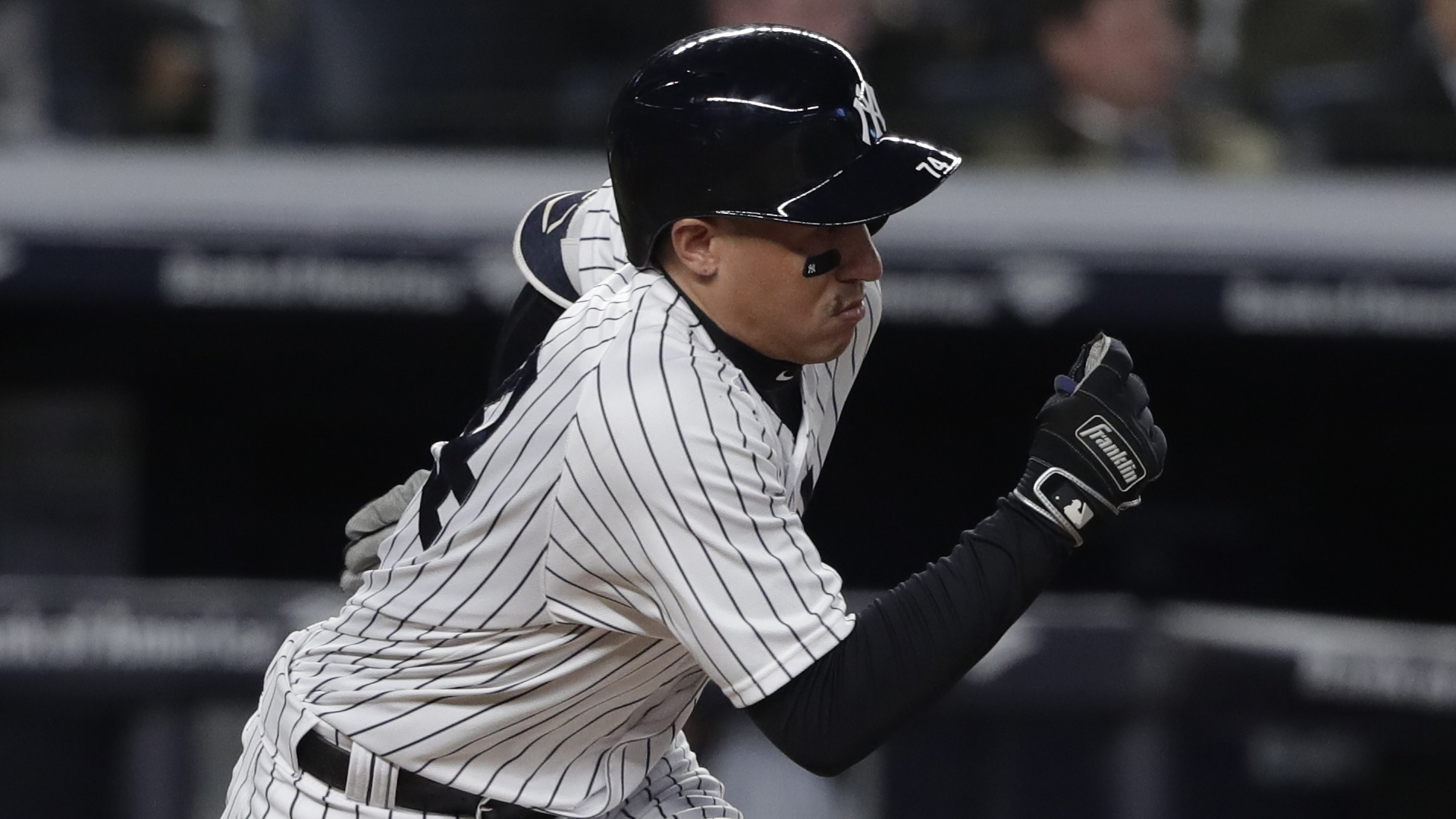 New York Yankees second baseman Ronald Torreyes (74) breaks down the first base line against the Miami Marlins during the third inning of a baseball game, Monday, April 16, 2018, in New York. (AP Photo/Julie Jacobson)

The New York Yankees announced on Wednesday that they had traded infielder Ronald Torreyes to the Chicago Cubs in exchange for a player to be named later or cash considerations.

The 26-year-old Torreyes was designated for assignment by the Yankees on Monday to make room for right-handed pitcher Parker Bridwell.  The Yankees claimed Bridwell off of waivers from the Los Angeles Angels.

Torreyes spent the majority of the season in the minor leagues. In 30 games between the Tampa Tarpons and Scranton/Wilkes-Barre RailRiders, he hit .252/.298/.279.

The Yankees had designated Torreyes for assignment after building a cache of infield depth on the 40-man roster with Hanser Alberto, Tyler Wade, Thairo Estrada, and Tim Locastro.  In addition, they re-signed Gio Urshela to a minor league deal and also have LJ Mazzilli under contract.  This meant that the fan favorite was expendable.