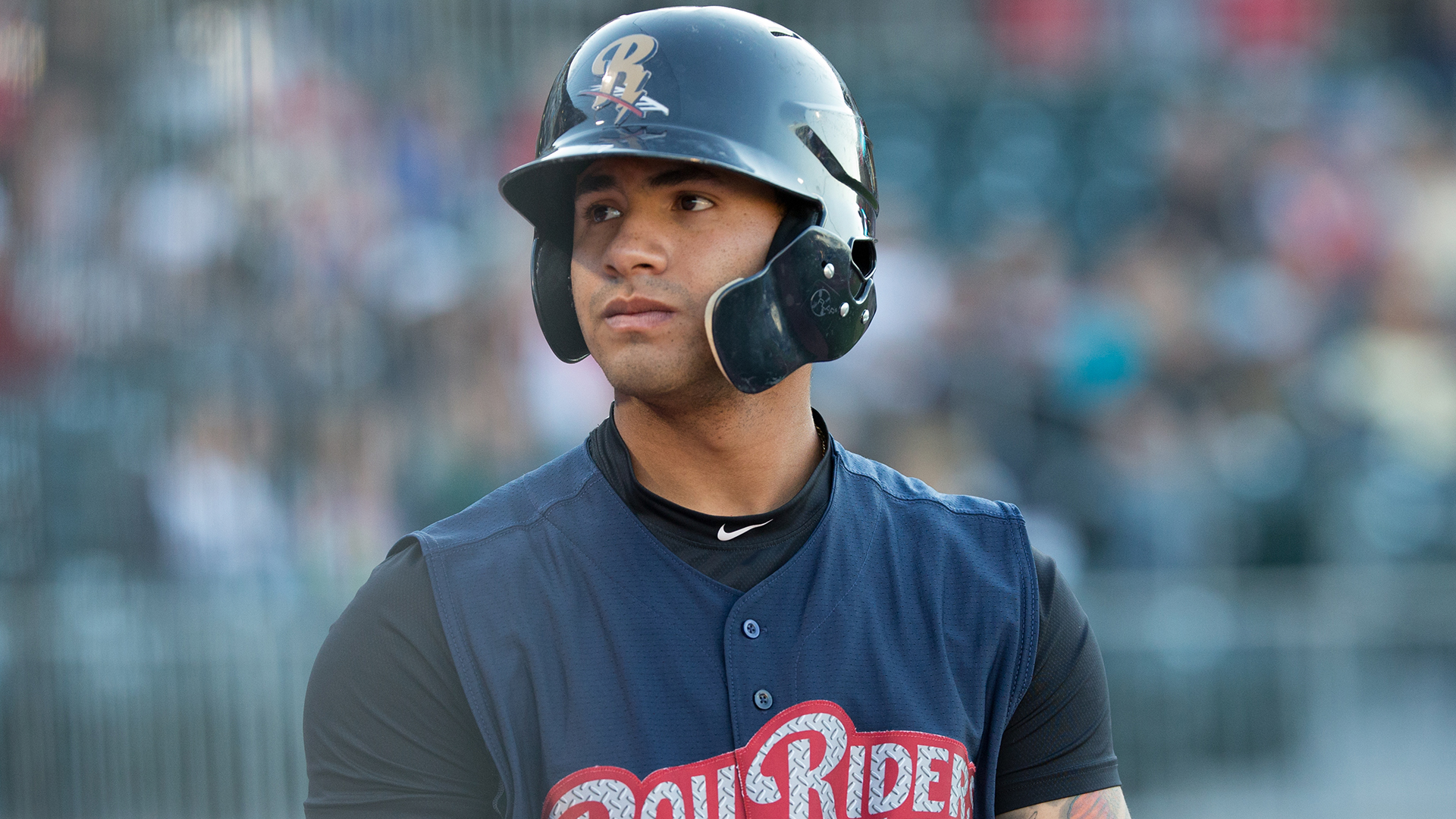 Aaron Boone, the newly minted Yankees manager, announced last week as camp opened that Gleyber Torres will have no limitations in spring training games (that begin tomorrow). Last season while playing for the Scranton/Wilkes-Barre RailRiders (Triple-A), Torres sustained a torn left UCL while sliding into home plate in a game last June 17. The injury resulted in Tommy John surgery and forced the super-prospect to miss the rest of the season.

“I lost too many months,” said the Yankees top prospect before adding “but right now, I feel 100%, and I’m super-excited for the start of spring (training). We’ll see what happens.”

When Jack Curry asked how his elbow felt during an interview on the YES Network, Gleyber responded, “It feels pretty good. I started (workouts) the first week in January. It feels the same. I feel no pain; nothing’s sore.”

The 21-year old is expected to compete for the Opening Day second or third base job this spring.  Torres noted that he has the most experience at shortstop, but after seeing at 10 games at second and 15 games third last year with Scranton and the Trenton Thunder (Double-A), he is very comfortable at all three spots and that he will play wherever the team needs him to. Gleyber said, “I know what I can do, most importantly stay humble. I believe in what I can do…help the team, any position, whatever the need”.

The Yankees are in a predicament if Gleyber does play well enough to earn a starting spot this spring, as if the club decides to keep their top prospect in the minors for just 16 more days, they will gain an extra year of team control of the Venezuelan native. That means he won’t be able to hit free agency until 2024-25.

Yankees general manager Brian Cashman has gone on record and stated that this would not factor into his decision making, as far as he is concerned, the best 25 players will be on that Opening Day roster in Toronto to square off against the division-rival Blue Jays.

Brian Hoch reported earlier this week that “Torres has been working out regularly at the team’s Minor League complex, where he has resumed live batting practice and defensive drills.” In Gleyber’s interview with Hoch, he added he felt comfortable against live pitching a couple of weeks ago and again, that he is 100%.

Let the competition begin! The Yankees take the field today at 1:05 pm to open the spring as they play host to the Detroit Tigers.