Yankees Will Lose Prospects in Rule 5 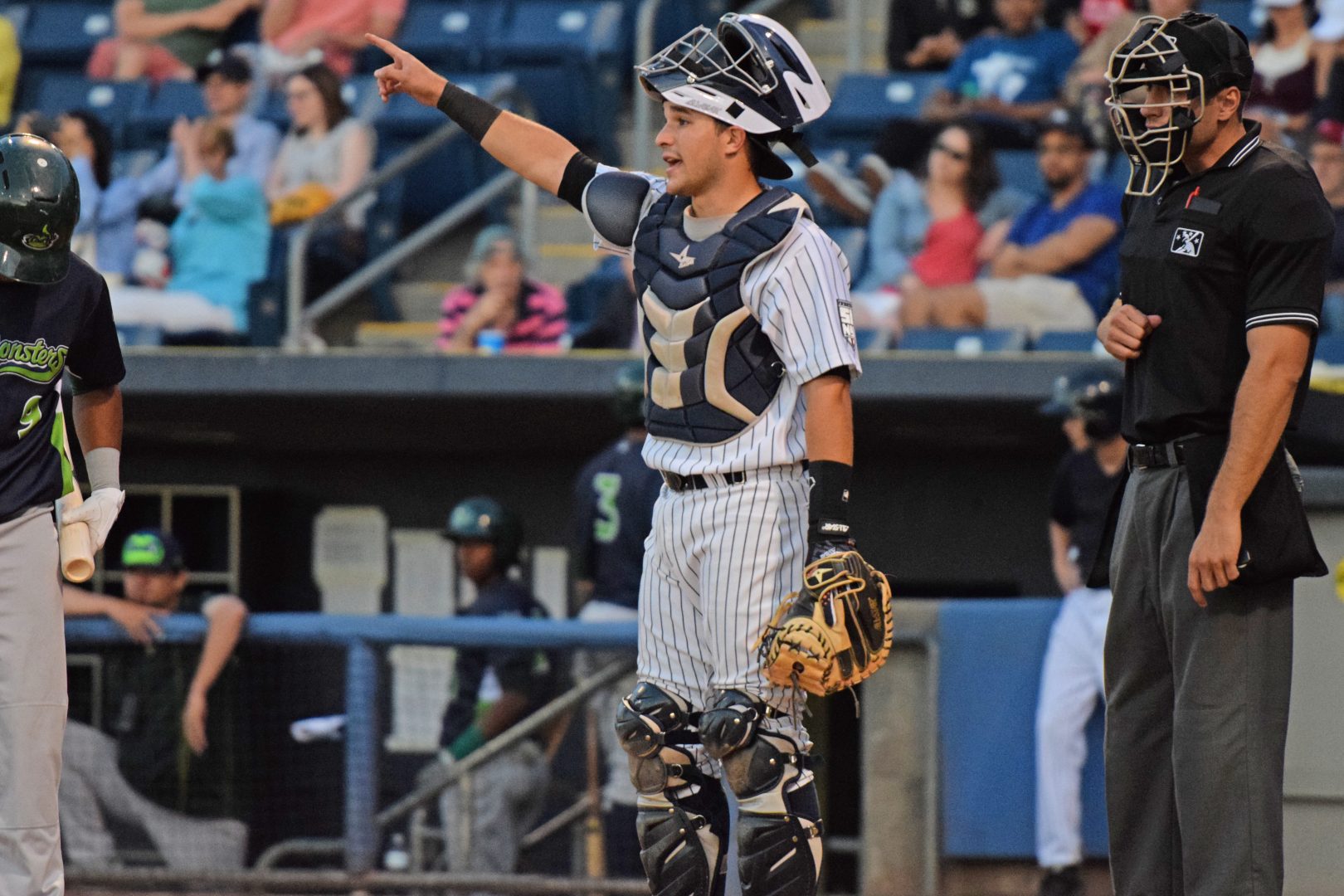 We are just about at the deadline. The Yankees have to set their 40-man roster for next month’s Rule 5 Draft Friday.

With the system possessing more talent than ever before, there is no way the Yankees have room on that 40-man roster to protect outfielder Jake Cave, right-hander Brady Lail, left-hander Dietrich Enns, catcher Luis Torrens and right-hander Ronald Herrera among others.

“Each and every one of those guys has a chance of being selected if not protected,” said a scout from a National League East team. “There are a few we are interested in taking a chance on.

“With the talent the Yankees now have in their system, they are certain to lose a few.”

We agree with that prediction. With catcher Kyle Higashioka already added to the 40, along with right-hander Domingo German, we can see the Yankees leaving Torrens, coming back from a rotator-cuff injury and subsequent surgery, unprotected. With Gary Sanchez established and Higashioka, an excellent defensive catcher and sound handler of pitchers, coming off a breakout offensive season, Torrens will likely not be protected.

Expect the Yankees to find spots for infielders Jorge Mateo and Miguel Andujar, who has much potential at third base, With  the acquisition and display put on by infielder Gleyber Torres in the Arizona Fall League, it would not be surprising if the Yankees moved Mateo in a trade, but it is doubtful they would give him up in Rule 5.

As far as Cave, who is just 23, it is time for him to get a chance with another organization. Frankly, we were somewhat surprised  the Cincinnati Reds did not keep him after his selection in last year’s Rule 5. He’s a good guy and a good player who certainly could make a big-league roster in 2017.

Lail and Enns also could slot as back-of-the-rotation starters – or bullpen operatives – on a big-league roster within the next few  years, but they are kind of lost in the shuffle right now. Expect both to be unprotected and quite possibly selected.

Also, do not expect right-hander Mark Montgomery, who has regressed and fought injury over the last few years, or left-hander Tyler Webb, who has the stuff, but also not the command, to be protected. There also may be no room for right-hander Ronald Herrera, who was obtained from the San Diego Padres last year and participated in a combined Double-A Trenton Thunder no-hitter in 2016.

A player is eligible for Rule 5 if they:

B – Were 19 or older on the June 5 preceding their signing and this is the fourth Rule 5 draft upcoming.

Players can be drafted for $50,000 and, if not kept on the selected team’s 25-man active roster  (active for at last 90 days) the following season, must be offered back to their original team, as Cave last year and Ivan Nova a few years ago.

Expect the waive goodbye to a prospect favorite or two. There are simply not enough spaces, even with the Yankees non-tendering pitcher Nathan Eovaldi and likely infielder Dustin Ackley.