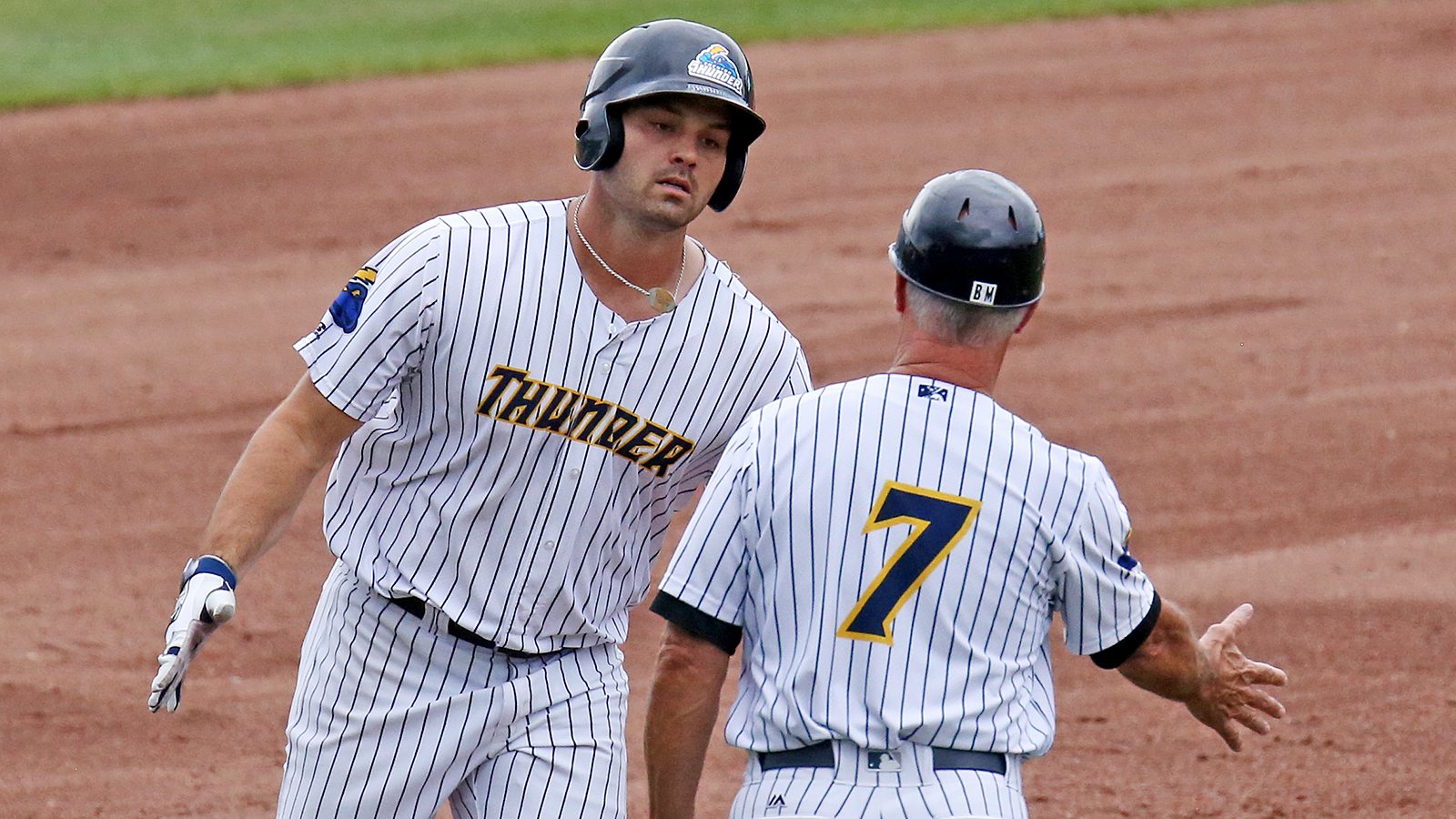 When you look at how the New York Yankees hitters did in winter ball, not many of them hit for power. Out of the 11 position players that represented New York in Venezuela, Mexico, and the Dominican Republic, there were only a combined 16 home runs. Ten of them came from two players playing in Mexico, first baseman Ryan McBroom and outfielder Jabari Blash.

McBroom and Blash each had five home runs apiece and they are both prospects known for their power at the plate. Over the last two seasons in both the Blue Jays and Yankees farm systems, McBroom had a combined 38 home runs and drove in 155 runs.

With Tomateros de Culican, McBroom had a slash line of .318/.397/.477 with five home runs and 18 RBI’s in 30 games. He still hit over .300 despite only having a .184 average in the final ten games of his Mexican League season. He was tied with two others for the most home runs on his team and had he second highest on-base percent percentage.

First base is a position that the Yankees do need some depth at with Greg Bird’s injury history. They do have Tyler Austin, but he has had his own injury problems in the past. If McBroom can cut down on his strikeouts (over 100 in each of the last two seasons), the 25-year-old is a first baseman to watch at Triple-A Scranton Wilkes-Barre in 2018.

As for Blash, he is one of the newest Yankees on the 40-man roster after the Bronx Bombers acquired him in the Chase Headley deal with the Padres at the Winter Meetings. Blash has experience at the major league level, but he has just a .200 batting average in 99 career games.

Despite the lack of a high batting average, Blash does bring home run hitting ability to the field. With Charros de Jalisco, the 28-year-old had a slash line of .286/.451/.556 with five home runs and 13 RBI’s in 20 games. He was fourth on the team in home runs, but had the second highest OBP.

Now, Blash was in Triple-A El Paso for the bulk of last season and the Pacific Coast League is a hitter-friendly league. With that being said, he did have a .417 .OBP in 72 games despite hitting under .300. Plus, his 48 walks were the most on the Chihuahas roster. Of course, it helps when you hit 20 home runs to go with that patience at the plate.

The problem for Blash in terms of finding major league playing time with the Yankees is they have a lot of outfield depth after the Giancarlo Stanton trade. Outfield depth is never a bad problem to have, but Blash will likely be with McBroom at Triple-A when the 2018 season begins.

So, if you are heading out to watch the Railriders this season, be prepared to watch a lot of balls leave the yard with these two players in the lineup.