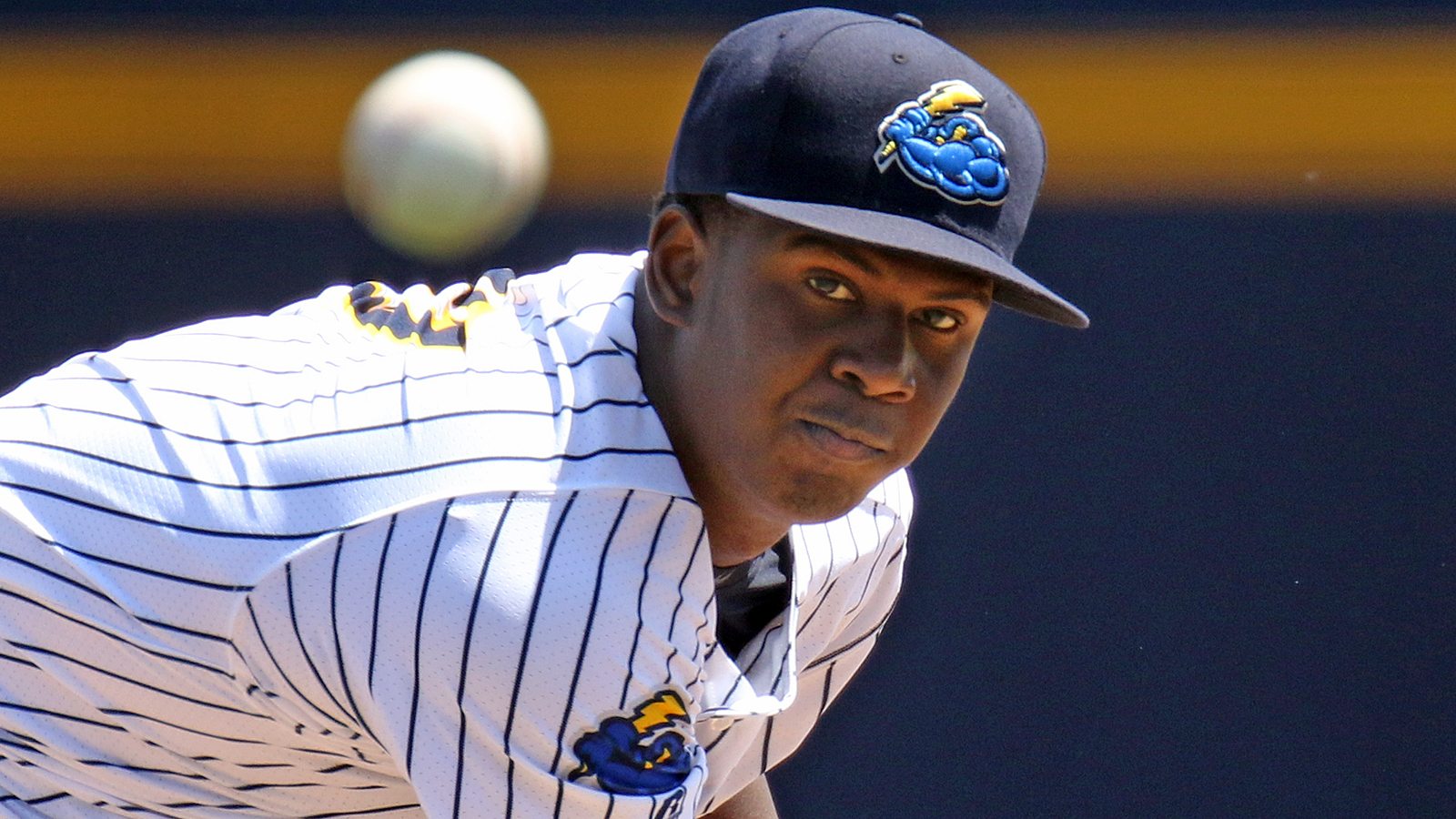 TRENTON – The Eastern League announced on Monday afternoon that Thunder right-handed pitcher Yefry Ramirez has been named the Pitcher of the Week. The 23-year old hurler went 1-1 in two starts with a 2.08 ERA; he fanned 15 in 13 innings of work against New Hampshire and Portland. 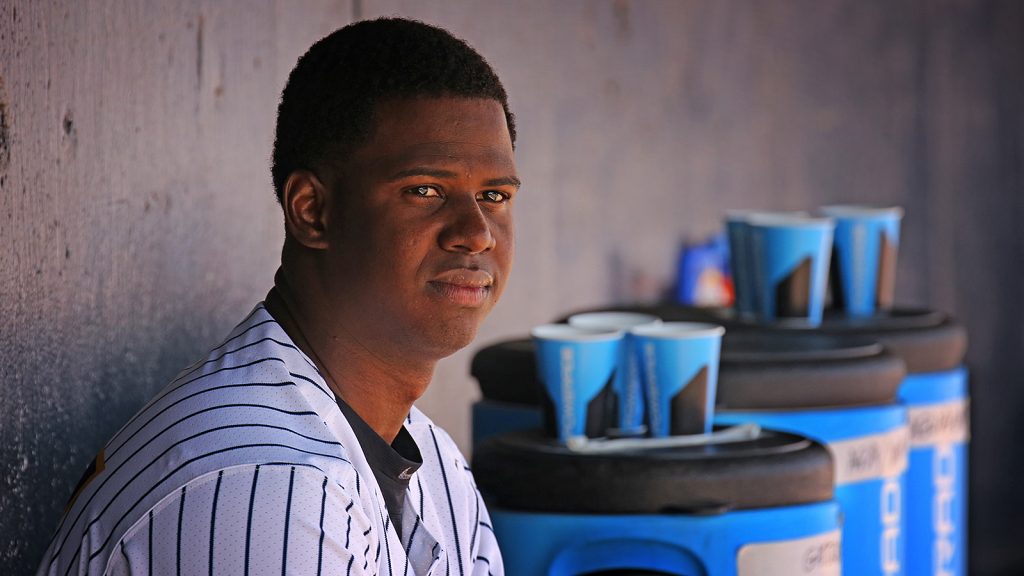 Trenton Thunder starting pitcher Yefry Ramirez in the dugout against the Portland Sea Dogs at ARM & HAMMER Park in Trenton on Sunday, May 21, 2017. (Martin Griff)

In his first taste of the minor leagues upper levels, Ramirez has gone 5-1 with an even 3.00 ERA in eight starts. Most importantly, Ramirez has given Manager Bobby Mitchell length by going at least six innings in five of his starts; he has throw a team-high 45 innings.

Over his last three starts, the Dominican-native has allowed just eight hits and three runs with 25 strikeouts over 18 innings of work.