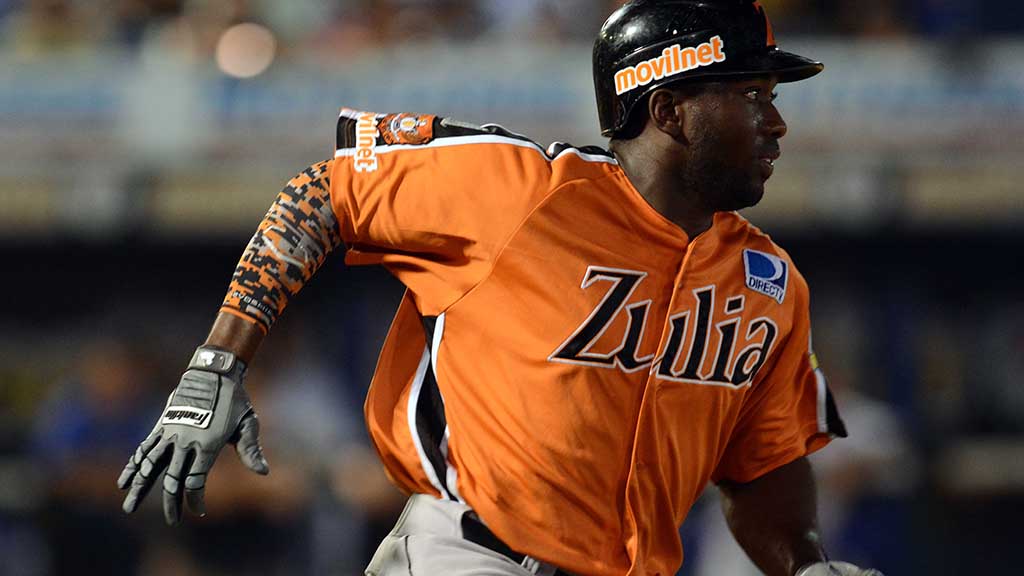 Aguilas del Zulia split a doubleheader with Bravos de Margarita and several Yankees got into the games including Jose Pirela who in game two went 4-for-5 with 2 runs scored and 3 RBIs.  Pirela continues to play left field in Venezuela tough listed on the roster as a second baseman.

In game one Pirela batted third and went hitless over 4 at bats.  He was joined by fellow Yankees Francisco Arcia and Juan Graterol.  Arcia went hitless in his two at bats while Graterol did not come up to the plate.

Pirela started the second game once again in the three-hole and in his first at bat he sent a fly ball into center field on a 2-1 count for a single.  He came up to the plate again in the top of the third with a runner on base and no outs.  After a ball and a called strike Jose lined the third pitch to right field for an RBI triple.  He later scored when former Yankee David Adams singled to center.

Another triple and a homerun added more runs before a strike out brought up Juan Graterol who lined a single to right on a six-pitch at bat.  A walk, pitching change and strike out happened before a wild pitch moved the 2 runners up 90-feet.  With Graterol at third Alex Romero drew a walk but a wild pitch allowed Juan to score and put runners at the corners.  That brought up Pirela who lined the fifth pitch of the at bat to right field for an RBI doulble.